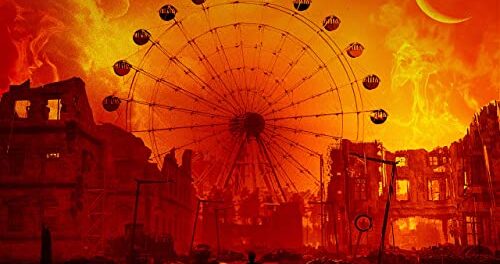 FuZZrd consisting of Brett Petrusek on lead vocals / guitar, Robert Berg on bass, Eric Vobejda on guitar and Scott Savage on drums have released a video for their third single “Life Turned Black.” 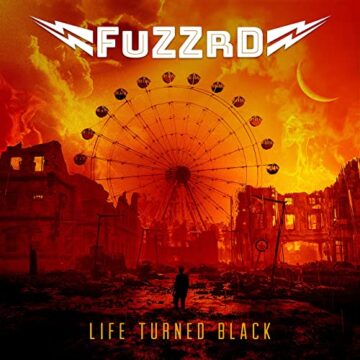 “Guitarist and singer Brett Petrusek offers, “Whenever I sing ‘Life Turned Black’, it’s a really raw experience for me, since it’s all about obsession and devotion. But that’s also why it’s one of my favorites. I dig the catharsis, the heaviness of the track and the epic triple guitar solo. The overall message is pretty hopeful, but it definitely emerges from a not-so-happy place. It’s about needing that special someone to stand beside you during your darkest hours, giving you strength to pull out of the death spiral and start anew. Another thing I like about the song is that it perfectly captures the FuZZrd approach — our band is all about dark shadows, blinding light and the crazy, messed up places in-between.” ‘Life Turned Black’ was produced by Jeremy Tappero (Soul Asylum).

Petrusek reflects, “I feel so fortunate to have FuZZrd come together as a band in the past year. It’s been a great ride crafting the songs and recording our upcoming album. We’re totally fired up to take the songs to the masses, in person. Our first live appearance will be a totally pounding full throttle show with blazing guitars as it should be. We’ll be changing things up with our second performance in Minnetonka, Minnesota. We’re doing an all acoustic, un-FuZZed set. I’m stoked to reinvent these songs for a more intimate setting. Don’t get me wrong. It’s fun hearing our big ass rock songs in their pure, rock-and-roll form. It’s a force of nature, like lava shooting out of a volcano. But we’re excited to see how the songs will resonate with an audience in a more intimate setting too. We think people will dig it!””