FuZZrd, a powerhouse new hard rock band formed in 2020 and hailing from Minneapolis, features Brett Petrusek on lead vocals / lead guitar, Robert Berg on bass, Eric Vobejda on lead guitar and Scott Savage on drums. The band is preparing for the release of its upcoming debut album titled Monster Carnival due in the late summer of 2021. 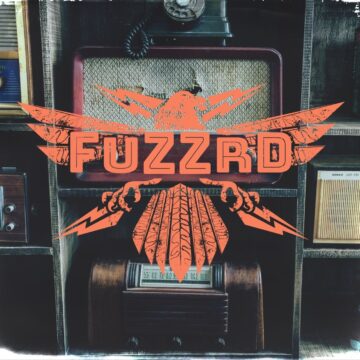 “The lead single “Monster Carnival” opens innocently enough with a solitary EQ-squeezed guitar riff and then all hell breaks loose. It’s about struggling with debauchery. You can be a pretty happy-go-lucky dude, but sometimes you find yourself in a very dark place, like you’re turning into a werewolf. This song is about finding somebody who recognizes your dark side and embraces you for it.”

“The second single “Viral Connection” is due in mid-April and features Mark Slaughter on background vocals, additional guitars and a gnarly outro-solo.”

“The band name (pronounced “FUZZ-erd”) has six letters, just like the six knobs on an old Marshall amp. It’s actually kinda goofy, but we all need some goofy right now.”

“We are doing a rollout of singles and full length videos every four to six weeks, leading up to the studio album’s release in late summer of 2021 and yes, we will for sure have physical media!”