Ukraine based rockers Gasoline Guns will be releasing their new studio album Motor Cult on CD on July 30, 2021. Motor Cult was released digitally back on May 30, 2021 and can be purchased via the group’s Bandcamp page. 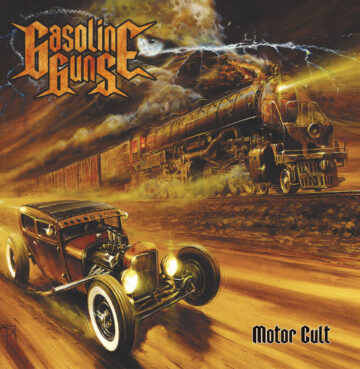 “Motor Cult” is 9 tracks of driving high-octane heavy metal with harsh vocals. These are songs about the post-apocalypse explosive world, blazing whiskey, fate, dusty roads, and infernal rock and roll.

We recommend this album to fans of such bands like Motörhead and Chrome Division.

The album cover is a painting by Ian Guy Motoring Artist (United Kingdom).

Album is recorded and mixed at Higainrecords studio.

The digital version of this album will be available on Spotify and others streaming services from June 11th.”