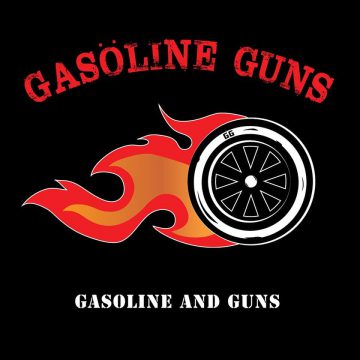 “These are legends about the future, about the New Dark Medieval Ages. The scorching sun, the dust in the air, the road of Fury pierces the horizon. It winds through wastelands and leads into the high-octane world of furious engines, explosions and the Cult of Gasoline. Here the war boys of the Citadel are racing through the desert, the marauders of Humungus are prowling the wastes of the Outback, and the Wild Hunting of the Toecutter’s Acolytes is running on the highway 9. Caravans from Bartertown and Gas Town are roaming lands of fire. And the crowd roars under the Thunderdome, longing for bloody spectacles. A lonely Road Warrior, who believes only in 12 gauge and the engine of his Interceptor, is driving on a forgotten road. It’s time to recall these legends!

It is Heavy Metal with a harsh vocal, with an expressive and driving refrain that even sounds like hard’n’heavy and pulsates with explosive energy. This track is from upcoming Gasoline Guns full-length album.”