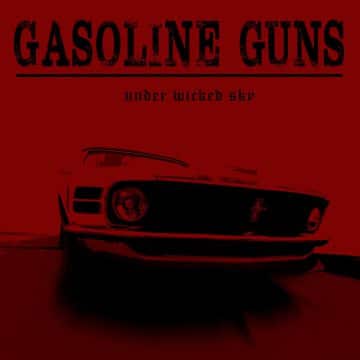 Ukraine based heavy metal rockers Gasoline Guns have unleashed a video for their new single “Under Wicked Sky” from their upcoming album Motor Cult, which will be released in the spring of 2021 in CD format by Mythrone Promotion and Defense Records.

“This song is dedicated to post-apocalyptic fiction. It was inspired by Mad Max movie and its sequels. As for music it is heavy metal with a typical pounding Mötorhead rhythm and a harsh vocal. Gasoline Guns’ genre could be described as “metal ‘n’ roll”.

We recommend this single to the fans of Mötorhead, Malignant Tumour, Helltrain, Newsted, Gehennah and even Impaled Nazarene. If you like good old heavy metal with fast beats – give a listen to “Under Wicked Sky” single.”