Gathering Of Kings’ debut album feat. Eclipse and Crashdïet members to be released in January 2019 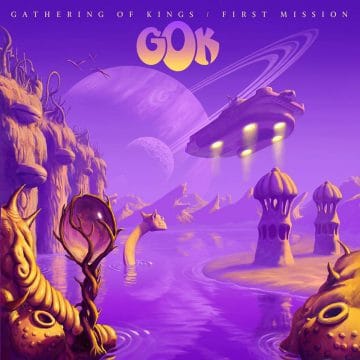 The album was produced, mixed, and mastered by Thomas Plec Johansson (Soilwork, The Night Flight Orchestra, Nocturnal Rites, Dynazty) at The Panic Room in Skövde, Sweden.

All songs written by hugely talented Victor Olsson except “The Runaway”, which was written by Maurice Gibb & Robin Gibb from Bee Gees. The song is a cover of Carolas hit single from 1986. So that’s a tribute to the best swedish female singer of all time!

The cover artwork was created by the German artist Markus Vesper.

An official video for the upcoming fourth single “Love Will Stay Alive” to be released next week. Until then you can listen to the three previous singles on Spotify or YouTube:

Gathering Of Kings‘ “Out Of My Life” song:

Gathering Of Kings – Out Of My Life (Official Audio)