Melodic rockers Gathering of Kings featuring a whole slew of musicians including Masterplan lead vocalist Rick Altzi have released a lyric video for their new single “From A Whisper To A Scream” from their upcoming sophomore album Discovery, which will be available via RN Records on May 15, 2020. 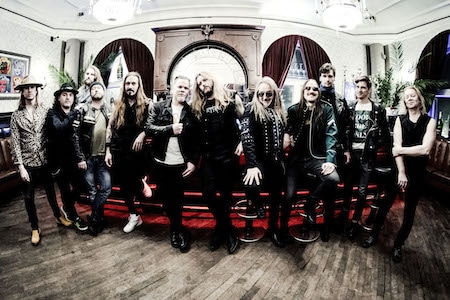 The band’s press release indicates in part (with slight edits):

“The official lyric video for the song “From A Whisper To A Scream” from Swedish melodic hard rock band Gathering of Kings can be seen below.

The track is taken from the band’s upcoming album, “Discovery“, which will be released on May 15 via RN Records.

The cover artwork was once again created by german artist Markus Vesper.

Gathering of Kings is created and supervised by Ron Dahlgren and Nina Dahlgren, bringing together top musicians from the current hard rock scene in Sweden. The idea was to create a AOR/melodic hard rock project/band like Tom Galley‘s Phenomena or even Tobias Sammet‘s Avantasia, with multiple vocalists and instrumentalists. Victor Olsson is the main songwriter, with Alexander Frisborg co-writing the lyrics.

The follow-up to 2019’s critically acclaimed debut album “First Mission” will be released by RN Records on all digital platforms as well as on CD and vinyl. Pre-orders at this location: https://www.gatheringofkings.se/pre-order/

The track listing for the LP and CD is as follows: 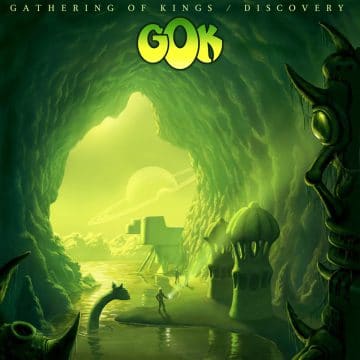 Gathering of Kings‘ “From A Whisper To A Scream” lyric video:

From the album Discovery 2020-05-15. Pre-order NOW! https://www.gatheringofkings.se/pre-order/From A Whisper To A Scream(V. Olsson & A. Frisborg)Tobias Janss…