Gelatin Skelatin release video for track “If You See Kay” 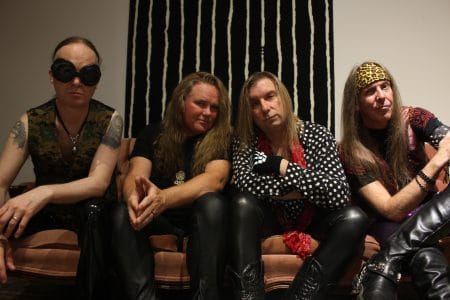 Canadian glam rockers Gelatin Skelatin have released a video for their song “If You See Kay.” The group was originally planning on releasing the video on November 11, 2019 but decided to unveil it yesterday (on November 4th). The single will be available for purchase on November 11th,

Speaking exclusively to Sleaze Roxx, Gelatin Skelatin frontman Brett Kelly explained how the band got its name as he stated:

“The band name actually came about in a funny way. I had a different name in mind when I was playing with my son. He blurted out Gelatin Skelatin and It sounded cool to me in a “Quiet Riot” sort of way [laughs]. He was around five at the time and he was just goofing around with the way words sounded.”

In terms of the single :”If You See Kay”, Kelly advised: “The song is a song of heartbreak. It’s about a guy whose girlfriend fools around with two other guys and gets caught.”

pick up the song for purchase as of Nov 11, 2019. Check out the band at www.facebook.com/gelatinskelatin