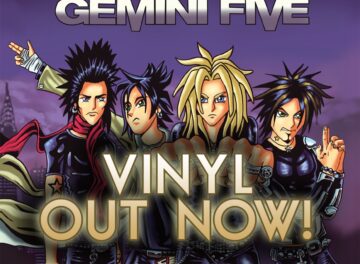 Great news for fans of Swedish rockers Gemini Five as the band’s 2003 album Babylon Rockets has been re-released and for the first time on vinyl via Sound Pollution. 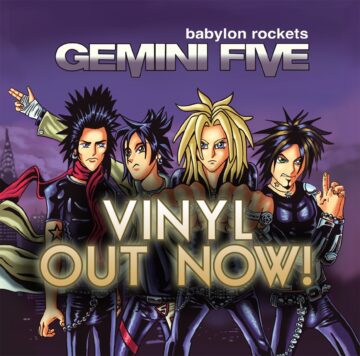 The album is available in two different pressings:

Artist Charlie Granberg was asked to redo the artwork for the vinyl release since all the original files from 2002/03 were nowhere to be found?! The artwork needed to be converted to higher resolution to match the classic LP format so Charlie had to totally start over from scratch and do it all over again. A cover of a cover.

– Can you spot any difference between the CD version and the album artwork?

Bring out your copies and compare.

Sleaze Roxx stated the following in its review of Babylon Rockets: “Are bands like Gemini Five the future of trashy hard rock? It certainly seems that way as crunchy riffs seem to have replaced the slick guitar solo for this new breed of rock sharpshooters – but there is a difference between crunchy and the down-tuned talentless crap that is shit out by nu-metal bands on a daily basis. This new brand of sleaze takes the best of the 80s bands and mixes it with it to early 70s garage rock and sounds from today. In the case of Gemini Five picture late 60s acid kings Blue Cheer kicking the crap out of Shotgun Messiah and Black N Blue in a filthy back alley.”