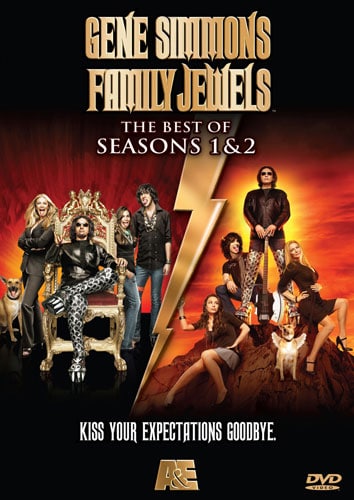 Gene Simmons Family Jewels: The Best Of Seasons 1 & 2 goes backstage into the lives of the Simmons clan with the happily unmarried Gene and former Playmate of the Year Shannon Tweed, and their two remarkably normal teenagers Nick and Sophie. This collection of the eight top-rated episodes from the initial seasons of the hit series, THE BEST OF SEASONS 1 & 2 showcases the family’s efforts to balance domestic bliss with the desire to rock-and-roll all night–from Nick’s first gig to an unflinching look from inside the operating rooms during Gene and Shannon’s simultaneous cosmetic surgeries.

Join the legendary KISS rock Demon and his non-traditional family in their return to DVD as once again, Gene Simmons is unmasked as a uniquely all-American dad.