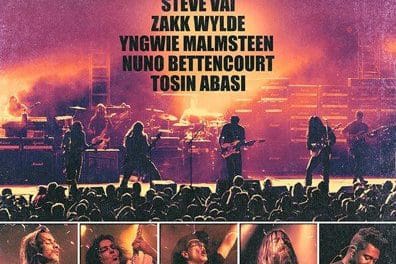 In terms of how Generation Axe came together, Vai advised: “Yeah. It was an idea that I had many years ago. One of the great things about being a musician or in any field that sort of demands your creativity, is you get to kind of come up with all these crazy ideas. And then I’ve always felt very free to execute them when the time was right. 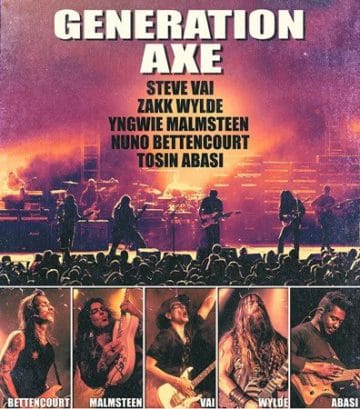 “So this Generation Axe idea was kicking around for many years. And the idea was to create one backing band so that there’s this seamless show with five crazy guitar players coming on and off the stage in sort of different incarnations, doing really amazing, wonderful things. And it’s like a celebration of the guitar, you know?

“And everybody sort of – all of the players, and it’s myself, Yngwie Malmsteen, Zakk Wylde, Nuno Bettencourt and Tosin Abasi – we’re all very accomplished players, but have a particular voice; any rock-metal genre. So there’s great diversity in those voices, although they fall within the same playground, so to speak.

“So that was the vision. And also, I love creating projects in my head that I would love to go to see myself. And this was one of them.”

Vai continued: “And finally one day – I’ll never forget, I was in Bali [Indonesia], probably for, five years ago. And you know when you get inspired for an idea, there’s a particular vibration that can come with it that has a lot of enthusiasm in it. And it says to you, ‘Yes, this is right, this is good, this is fun – you’re gonna do this. It’s like a knowing – it’s like, ‘OK, you’re gonna do this and that’s that, and that’s what I’m doing.’

“And that was the feeling for this Generation Axe thing. And I couldn’t have been more spot on with my allowing the universe to inspire the idea and executing it. Because it’s just a great thing. And it’s been great and it continues to be fun. It’s just a great experience being on tour with these guys.

“And then to be able to bring that vision and that show that we create to people that really love this kind of thing – it’s just great. And with support from people like you and the fans, it’s a wonderful thing.” 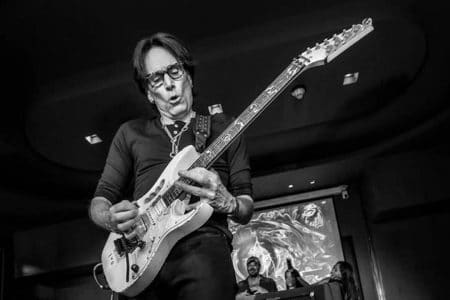 Generation Axe‘s first live performances were in 2016 and Vai chimed in on whether everything as smooth right from the start as he indicated:

“Well, there was obvious hurdles to get over that are just logistics. And then the big question mark over everybody’s head – which was, ‘We’re all kind of intense people. How is this gonna work? How are we not gonna kill each other? Or something like that.

“But there was none of that – well, I shouldn’t say that. There was obviously some things to work out. There was a period of about two weeks or three weeks where we were scratching out head thinking, ‘Are we really …’

“I got a call from Zakk the night before the first day we left, and he said, ‘Are we really gonna be living on a tour bus together with Nuno and Yngwie, and I said, ‘Yup! And it’s gonna be your favorite part of the tour.

“And sure enough, once we got over some of the hurdles, you just realized you just accept everybody for what they are – you don’t take anything personally. And you support them. You support. And once you’re supporting somebody selflessly – I mean, you really have to feel that appreciation for them.

“So when I think about these guys, I immediately think about all the things that I appreciate about them and then that’s the person you meet.

“So after a few bumps in the road, so to speak – which were just the ironing out of personal kind of vibrations, so to speak, it just turned into just a lovefest, you know? We really enjoyed being with each other.

“And sure, there’s things that can be questionable, but then you laugh, you know? When someone does something absurd, if you find the comical value in it, then everything is fine. And there’s a lot of comedy on this tour, I have to tell you.”

You can read the rest of the interview with Steve Vai at The Morning Call.