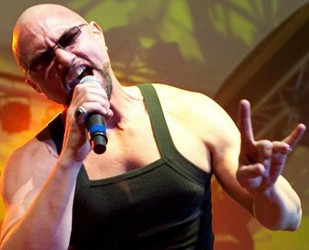 “It is said that adversity makes one stronger. Well, I’m definitely in a better place now than I’ve ever been before. I feel very positive and excited,” said Tate in a posting at www.queensryche.com. The challenge, when you’re in a creative environment, is keeping things fresh and invigorating, and after working with the same people for thirty years, it gets very difficult — You walk into the room, and everybody knows what everyone is going to do. There’s no spark, the chemistry is very tried and true and you just keep coming up with the same ways of expressing yourself.”

“Today is a new day and I am thrilled to announce the new Queensryche,” continues the singer. “Together we shall embark on a new musical journey that will be a greater extension of where Queensryche has ever been. With this new project, with these new people, it’s a whole new scene. There are new ideas, different musical backgrounds and a whole new set of parameters. Everyone has ideas you haven’t heard before, and everyone is throwing them against the wall and suddenly… the music has a whole new life. I look forward to this new life and I hope to see you on tour as all of us come together and begin this new era.”

In June of this year Queensryche and Tate parted company, will the remaining band members recruiting Crimson Glory singer Todd La Torre. “Over the past few months, there have been growing creative differences within Queensryche. We want our fans to know that we hoped to find a common resolution, but in the end parting ways with Geoff was the best way for everyone to move forward in a positive direction,” drummer Scott Rockenfield said in a statement at the time. “We wish him the best of luck with all of his future endeavors. We can’t wait to bring Queensryche to our fans with Todd behind the microphone.”

Later that month Tate filed a complaint in a Washington state court over whether he should be awarded the Queensryche name. However Queensryche defeated a motion for a preliminary injunction on July 13 that would have kept it from touring and operating under the band name.