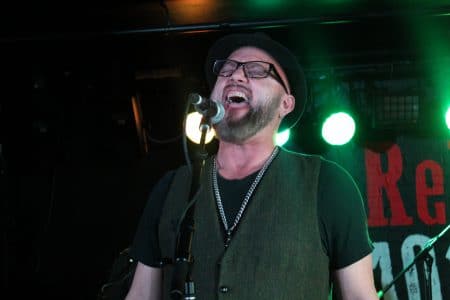 In terms of Sweet Oblivion‘s musical direction, Tate opined: “It’s the name of an album I did with a wonderful Italian guitar player named Simone Mularoni he and i put this album together. Some of the songs are kid of reminiscent of older Queensrÿche.”

In an earlier press release from Frontiers Music Srl, Mularoni stated: “I grew up listening to the ’70s and ’80s rock and metal bands and, of course, Queensryche‘s classic albums are among my favorites ever. Having the opportunity and luck of working together with a musical giant like Geoff Tate has been a real blessing on both the human and the artistic side. I asked a few amazing musicians and friends to help me out and together we delivered a bunch of classic heavy rock songs in which I tried to fuse a more contemporary approach with a classic Queensryche vibe… the performances are amazing!”