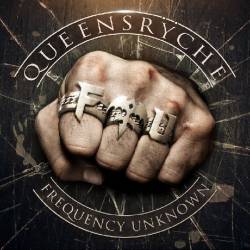 The year is 2013 and revolution is calling once again for Queensryche frontman Geoff Tate, who is leading the charge with the band’s forthcoming studio effort titled ‘Frequency Unknown’, due out April 23 on Deadline Music/Cleopatra Records.

Also appearing on the album will be bassist Jason Slater, who has worked on several previous Queensryche projects with Tate including ‘Operation: Mindcrime II’ and ‘American Soldier’. Slater co-wrote some of the songs on ‘Frequency Unknown’ with Geoff Tate and is also the album’s producer.

“I think that the idea of having guest appearances evolved from the time constraints we had imposed on the project,” states Tate. “And I must say that I was humbled by the enthusiasm and excitement of all the players that contributed.”

Although times have changed for Geoff Tate, his hard rock wavelength, as represented on ‘Frequency Unknown’, remains the same. With Geoff at the helm, Queensryche has sold more than 20 million albums worldwide, toured in approximately 50 countries and received four Grammy nominations. He remains one of the most well-known and respected vocalists in the history of hard rock and heavy metal.

Frequency Unknown. Coincidental abbreviation? Unlikely. Fun for all metal heads to sink their teeth into? Definitely. Feel free to feast.

‘Frequency Unknown’ Track Listing:
Cold
Dare
Give It To You
Slave
In The Hands Of God
Running Backwards
Life Without You
Everything
Fallen
The Weight Of The World