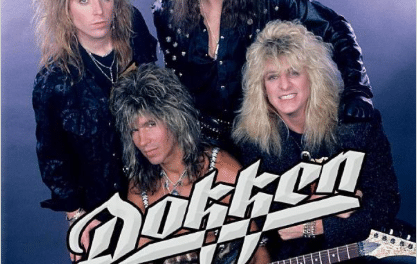 Author James Cull recently released a book on the multi-platinum selling group Dokken titled Dokken: Into The Fire and Other Embers of 80s Metal History and he was recently interviewed by Thomas Amoriello Jr. for Boston Rock Radio in that regard.’

When it was noted that it was shame that Lynch and Brown didn’t participate, Cull indicated:

“It was definitely a shame that George and Mick chose not to participate. I can only imagine how much better the book would have been. I did interview George twice and he gave me some incredible information that you cannot find on line. Regrettably, after the interviews, he pulled the plug and asked if I would not use anything we talked about. Of course I agreed not to include the interviews, but it was a major bummer to have to remove all the great things he told me from the chapters.

However, I am grateful for Don and Jeff and the other guys I talked with and I think the book turned out very well considering. As far as bands and original members go, personally I like seeing as much of the original lineup as possible. But I also realize that bands split up and people retire and pass away—that’s just life. Really it’s all about the music and if a person is okay with seeing a band with one original member, or no original members, then good for them.”

You can read the rest of the interview with James Cull at Boston Rock Radio‘s website.