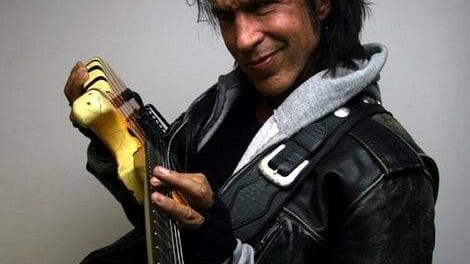 George Lynch states guitar “shredder” term does not apply to him

Lynch Mob, KXM and Sweet & Lynch guitarist George Lynch was recently interviewed by Andrew Catania of All That Shreds on the occasion of the upcoming release of the new Lynch Mob studio album The Brotherhood. 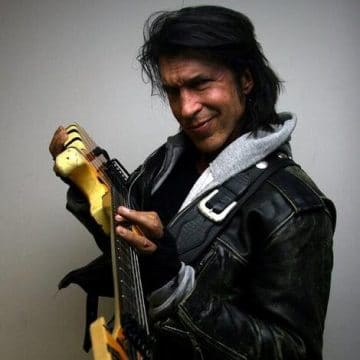 It was pointed out to Lynch that he is one of the all-time greatest shredders of all-time to which the guitarist replied:

“I wouldn’t consider myself a shredder by any means. I was practicing last night. I read somewhere somebody said gee I think that I don’t know what they’re referring to but they said something about me and I don’t think I ever heard was the first time I ever heard George attempt it’s like sweeping. I don’t sweep. Any time I sweep is when my wife asks me to grab a broom and clean up. That’s as close I get to sweeping. I’m not that guy. I have no interest in it. I think at one point it starts looking silly.

I always try to elevate my abilities to a certain point. I’m not a woodshed guy that sits there and practices you know 10 hours a day or anything like that.

I don’t think I want to get complacent in my in my place and my style. I like to push myself. You know I’m not going to transform myself. It’s not super secret or anything, so shredder is not a term that applies to me.”

In terms of whether Lynch will be rejoining Dokken for another reunion, the guitarist opined: “No there’s nothing. I’m pushing for it. But you know unless all parties are or wanted to happen it’s not going to happen. For various political and economic reasons, there’s there are reasons why it won’t happen. I think those are pretty strong arguments that it won’t. But you know what. Having said that I think there might be a couple of one offs here and there but I’m not sure I’m interested in doing that.”

You can read the rest of the interview with Lynch at All That Shreds.