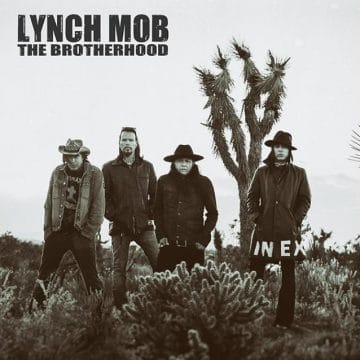 Lynch Mob, KXM and Sweet & Lynch guitarist George Lynch was recently interviewed by Icon vs Icon who asked the guitarist if he had a particular vision for Lynch Mob‘s latest studio album The Brotherhood before recording it.

Lynch stated: “Well, we always have “Wicked Sensation” in the back of our mind as a benchmark but we are never going to recreate that record or beat it. It’s kind of it’s own thing. We had a 1/2 million-dollar budget and a year and a half to make that record with 2 producers and 9 studios or whatever it was. There was no limit to the resources. That was a different day and a different animal. These days we run a lot leaner and meaner. We try to do things quicker, work smarter and more efficiently when it comes to time and money. I’m very proud that we are able to do that. We usually start with “Wicked Sensation” as a benchmark and go from there. Like I said, “Wicked” was done a long time ago and we were different people in a different world. We;re not going to recreate that record and we couldn’t if we wanted to; it would be silly. I think it’s undeniable that the basic chemistry that ran thought that record is still aloe and well in the interaction between Oni and myself. It just happens because of who we are.”

You can read the rest of the interview with Lynch at Icon vs Icon.