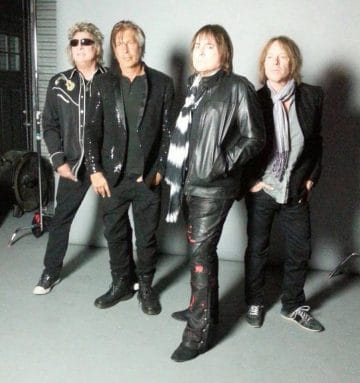 Lynch stated (as transcribed by Blabbermouth with slight edits): “I think so, yeah. I’m kind of thinking it might happen in 2019. Of course, we’ve all cried wolf a million times, but everybody’s been really positive about this. I think one of the key things is the fact that we got back together and it was wonderful. The magic was there, personally and musically especially. I think the [new studio] track is everything that you’d want and expect it to be and hope it to be, without being cheesy and without being old guys trying to play new music or anything like that. It’s just modern enough but still had all the old Dokken chemistry. Don sounded great on it. Mick sounded fantastic. It’s got a lot of energy. I think quite honestly, it’s kind of hard to find your favorite old bands that continue to surprise you in good, positive ways, and I think this song will have that effect on people. I don’t mean to read too much into it, but it does it for me — I mean, I get off on it. I love listening to it, and we’re all sort of patting each other on the back and feeling good about it, so I’m thinking that it might be a path forward. I’m hoping.”

Pilson previously posted the following on his Instagram page on December 19, 2017 (with slight edit):