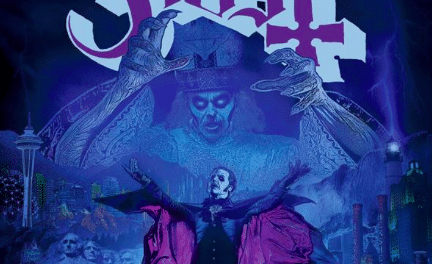 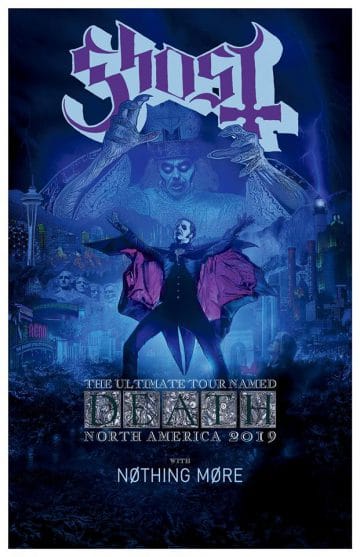 Ghost‘s last studio album Prequelle finished at #10 on the Sleaze Roxx’s Top Ten Albums of 2018 to which Sleaze Roxx stated:

“I never would have thought in a million years that Ghost would figure in the Sleaze Roxx’s Top Ten Albums of the Year. Yet this is exactly what has happened with Ghost edging out many worthy challengers for the tenth spot on this year’s top albums. Frankly, I previously thought so lowly of Ghost that I made zero effort to go see them open for Iron Maiden the two times that I saw the latter play live in 2016. It was only when Lipstick frontman Greg Troyan inquired in late May of this year whether I’d be open to an album review of Ghost‘s Prequelle on Sleaze Roxx that I really took notice of the band. Prior to that, I thought of Ghost as mainly a Satan worshipping (I’m personally a Christian) modern metal band. It actually took a little convincing from Greg but after listening to the song “Rats”, I figured that Ghost had changed their sound enough to become Sleaze Roxxfriendly music.

Again, I heard a couple of tracks which were quite good but I didn’t bother listening to the entire album until my friend Mark from Waterloo, Ontario advised me that Prequelle was his favorite album of the year by a long shot. Given that Mark had previously highly recommended The Wild! to me and that band’s two releases GxDxWxB and Wild At Heart ended up both finishing at #2 on Sleaze Roxx’s Top Ten Albums of the Year respectively in 2015 and 2017, I valued Mark‘s opinion and decided to give Prequelle a couple of listens in the last two weeks or so. Two songs in particular really stand out — “Pro Memoria” and “Witch Image” — and take me back to the early ’70s when bands like Alice Cooper wouldn’t be shy to slow down songs and use killer melodies to come up with mesmerizing masterpieces. Ghost‘s Prequelle is definitely the surprise entry of this year for the Sleaze Roxx’s Top Ten Albums of 2018 but perhaps I shouldn’t have been that surprised given that Ghost‘s frontman Tobias Forge played lead guitar (as Mary Goore) in an early version of Crashdïet with the now deceased Dave Lepard.”