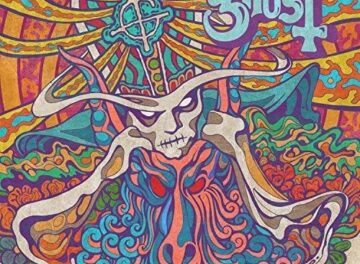 Ghost drop lyric video for track “Mary On A Cross”

Ghost featuring frontman Tobias Forge have unveiled a lyric video for their track “Mary On A Cross.” 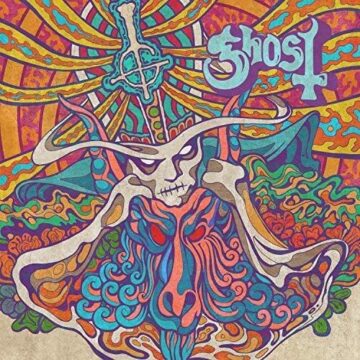 “Seekers of rare Ghost video have major cause for celebration today: Newly unearthed, never before seen vintage Super 8 footage of the band’s early lineup has finally been released. The performance, captured at Los Angeles’ Whisky-A-Go-Go in 1969, is now available for all to see as the new lyric video for “Mary On A Cross.”

Ghost’s first song to crack the Billboard Hot 100, the RIAA-gold-certified “Mary On A Cross” will be physically reincarnated on the newly announced purple vinyl 7” release of Seven Inches Of Satanic Panic. To pre-order your copy of the limited edition color vinyl repress of this 1969 treasure, go to https://i.ghost-official.com/7InchesSatanicPanic

2022 continues to be a banner year for Ghost. In the nine months since its March 11 release, Impera has moved nearly 500,000 albums worldwide, won the American Music Award for Favorite Rock Album 2022, and has received a Grammy nomination for Best Metal Performance (“Call Me Little Sunshine”). Year-end accolades continue to pour in, with Ghost landing at #1 on Spotify’s Best of Kickass Metal 2022, while cover stories in Revolver and Metal Hammer have proclaimed Impera #1 Album of 2022 and Loudwire has named Ghost 2022 Artist of the Year. Ghost’s momentum refuses to let up across digital platforms, social media and radio, with the band currently charting at  #5 YouTube Biggest Movers, #18 Tik Tok Trends and #7 on the Spotify Viral chart, while traditional radio has seen Ghost dominate Active Rock as #1 Most Picked Rock Album (All Access) and #3 Most Played Artist 2022 (Mediabase), as “Mary On A Cross” begins to make inroads at Alternative…”