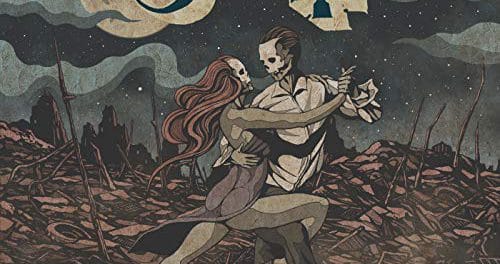 Ghost continue their transformation from modern metal to Sleaze Roxx friendly rock n’ roll by releasing a video for their song “Dance Macabre” from their latest album Prequelle. 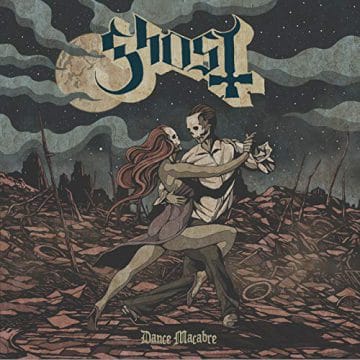 Sleaze Roxx stated the following in its review of Prequelle: “The band’s previous material has all been slow, plodding, lacking melody and containing some of the worst guitar tone I’ve ever heard. I had written them off as style over substance, much in the same that many musicians write off KISS.

However, when I listened to the new Ghost album, I was shocked. The album contained excellent guitar tone, catchy riffs, rippin’ solos, melodic vocals and anthemic choruses. It reminded me of one of my favorite bands of all time, Crashdïet, and to my surprise I discovered that the musical leader of Ghost, Tobias Forge, used to play in Crashdïet under the stage name of Mary Goore.

Folks, this isn’t the Ghost that all of your hipster friends tried to force on you. This is a New Wave of Swedish Sleaze album with songs that would have fit in perfectly on Generation Wild. Ghost have ditched the poor instrumentation and weak songwriting of the past to create a piece of music that fans of Sleaze Roxx will love.

The album contains three songs that purely capture the Crashdïet sound: “Rats,” “Faith” and “Dance Macabre.” “Rats” is a conventional rock single. “Faith” is a slightly heavier riff rocker and “Dance Macabre” is a bouncy tune driven by fantastic bass playing. Any of those three songs would fit into a Crashdïet playlist seamlessly, taking the visual aspect of the band out.”