Ghost featuring frontman Tobias Forge have released a video for their new single “Call Me Little Sunshine” from their upcoming album Impera, which will be available on March 11, 2022. 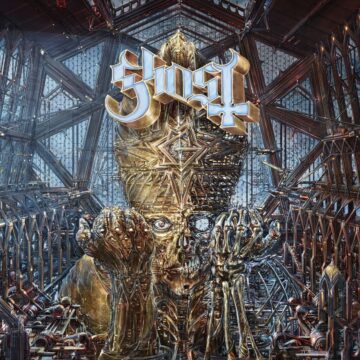 Sleaze Roxx stated the following with respect to that latter finish: “Ghost may be a hard rock band on the rise but it is one that has rarely been featured on Sleaze Roxx. In fact, Ghost had never been featured on Sleaze Roxx until Lipstick frontman Greg Troyanpitched to me that Ghost‘s latest album Prequelle was worthy of being reviewed on and appropriate for Sleaze Roxx. It took a bit of convincing but given Ghost frontman Tobias Forge‘s early Crashdïet heritage (he played lead guitar under the name Mary Goore in the band with original but now deceased singer Dave Lepard from 2000 to 2002), it kind of makes sense that Ghost‘s material would eventually make it onto many of the Sleaze Roxx readers’ radar.

One wonders if Ghost‘s opening slot on a good portion of Iron Maiden‘s The Book of Souls World Tour in 2016 was the catalyst for getting them more widely appreciated by Sleaze Roxx readers. In any case, with Prequelle, Ghost have come up with an album that would rival some of Alice Cooper‘s best albums from the early ’70s where variety, twists and turns, and taking chances were regular features of any of the Coop‘s records. One thing is clear with Ghost‘s Prequelle being one of only five albums to land on both Sleaze Roxx and its readers’ top albums of 2018, Ghost should be covered a lot more on Sleaze Roxx and especially if they continue coming up with such great records as Prequelle.”