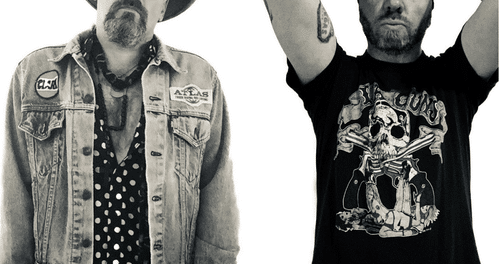 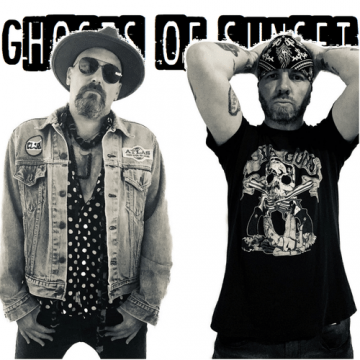 “Ghosts of Sunset features former (Dutch Henry) singer-songwriter John Merchant from Western Michigan, and former Michigan resident and now Alaska transplant multi-instrumentalist and former (The Verve Pipe) drummer Todd Long. Together they  have made a killer EP called  “Headed West” due out in 2020 on Golden Robot Records.

“Headed West” features the work of both Merchant and Long as well as a cast of musicians with their roots in the 1980’s hard rock/hair metal scene especially in Los Angeles, California.

The result was a killer selection of songs with roots buried in the Sunset Strip in LA but with an authentic, updated vibe to make each song relevant to todays music and vibe.

Singles and EP out in 2020 on Golden Robot Records.”