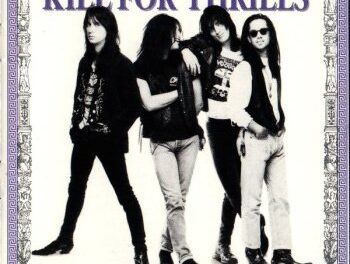 Former Guns N’ Roses guitarist Gilby Clarke was recently interviewed by Mark Diggins for The Rockpit. Clarke was promoting his new solo album The Gospel Truth, which was released via Golden Robot Records on April 23, 2021. 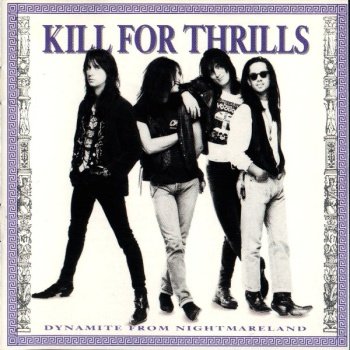 Clarke was asked about how he views Kill For Thrills‘ album Dynamite from Nightmareland that was released back in 1990. The guitarist indicated (with slight edits):

“Well, thank you. For me, making that record was a big win because it was the first time that I was the leader of a band. It was my band. I wrote the songs. I was the singer. I was the primary guitar player. So just getting the record deal and going through the process of making a record, I was on cloud 9, I was extremely happy but, and there’s a ‘but’ – in all the bands I’d been in before I was a guitar player, you know, I stayed out of the business, I trusted the people around me, and rightfully so – they were good. But when it came to that, maybe I could have been a better business person. We did have management. We had a huge management company. We had an agent. I had a publishing guy. We had all those things but I didn’t navigate those well. And I also didn’t navigate the band well. I loved the band. I loved everybody that was in the band but we had inner turmoil, you know. Some of the guys didn’t get along and I always hoped it would have a way of working out. A little success goes a long way, but those little problems became big problems later – guys wanting to kick other guys out of the band, things like that.”

Clarke added: “Yeah, I look back now and realize that I handled the musical side well but I didn’t really handle the business side well. I really wasn’t the leader I needed to be within the band. There was so much turmoil. But musically, I think we did a good job. “

You can read the rest of the interview with Gilby Clarke at The Rockpit’s website.

Kill For Thrills‘ “Brother’s Eyes” album (from Dynamite From Nightmareland):