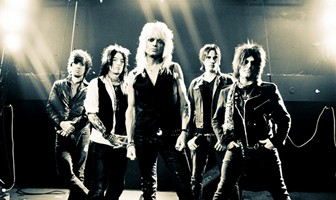 The Michael Monroe Band released their critically acclaimed new album ‘Sensory Overdrive’ on March 16th and the band has been on tour in Finland and around the globe ever since the release date. This lineup change won’t affect any forthcoming gigs.

Bets known for his work with the Wildhearts, Ginger said, “I left for a lot of reasons, mainly the management. It was basically me or the manager, and Michael chose the manager. I didn’t agree with the management of the band but didn’t have enough of a position in the band to change anything. I’m not gutted at all, we all have to make choices in this life. Michael made his and I made mine.

I have known for a while (that I would be leaving the band), but I told the band that I would honour all live shows this year. Recently, in Nagoya, Michael told me that Provinssirock, June 17th would be my final show this year and that they will have a replacement in place for the Foo Fighters show in Helsinki on June 26th. I have no idea who will replace me. The band would not/could not tell me which guitar players were in the running.

When it came to decision making I was never as much of a chief member as Michael and Sami. This is understandable as they formed the band. I was aware of my position from the beginning, but coming from a position as band leader (with The Wildhearts) this was an increasingly difficult situation for me. I can deal with being a team player but I realise I’m not meant to be a hired hand. Many people are, and they deserve a job too. Me and Michael will be friends forever, as I will be with all the guys in that band. We became brothers in music after the last 18 months.”