The Wildhearts frontman Ginger Wildheart was recently interviewed by UK’s eonmusic and he spoke about when The Wildhearts were chosen to open for AC/DC during the latter’s European tour in support of the Ballbreaker album. 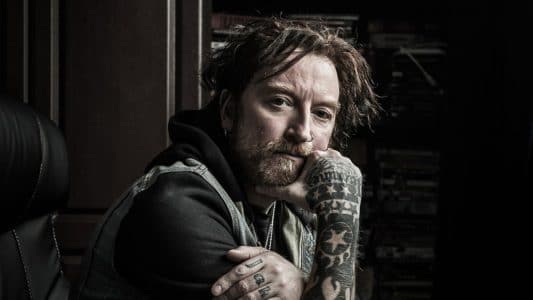 Wildheart advised: “It started off as a dream tour, but we were young and stupid, really, and we were just taking every drug and drinking everything that we could. A few confessions came out during the tour that people had a serious drug habit, so that was a concern. So we swapped all the drugs for tequila, and that made everything much worse because then we started in-fighting with ourselves. And within a week and a half of being on the American tour which AC/DC asked us to do – it’s very rare for AC/DC to ask a band to do Europe and America with them – they loved us, and we were fighting with each other, and the next thing we knew, we were landing in Heathrow, going; “What the fuck are we doing here? We’ve got a gig to play tomorrow”, and the tour manager just said; “You’re off the tour. We’re sending you home. You’re all fucking crazy”.”

Wildheart continued: “Well, we ran out of money as well, and Brian Johnson had said; “If they’d just stayed on the tour, I would paid for them to stay and do the gigs”. So the whole thing was just a classic example of when you give too much to people who are too fucked up to deal with it. When you see people like Frank Turner and Ed Sheeran handling their careers the way they have, you realize that some people are just too stupid to be famous, and I think that’s where The Wildhearts have always been most comfortable residing.”

You can read the rest of the interview with Ginger Wildheart at eonmusic.