Girish and The Chronicles release video for “Rock The Highway”

India based hard rockers Girish and The Chronicles have released a video for their song “Rock The Highway.”

Girish and The Chronicles‘ “Biography” on their Facebook page states (with slight edits):

“Girish and The Chronicles is a hard rock band founded by the lead vocalist / guitarist / songwriter – Girish Pradhan, on the 18th of October, 2009 in Gangtok, Sikkim (India). 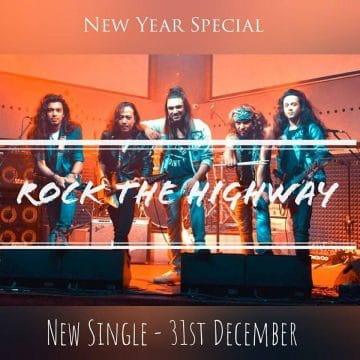 Currently based in Bengaluru, Karnataka, GATC is a four member band, known for their electrifying energetic live shows.

With a mixture of the sound of power ballads and the hard rock / classic metal sound, their fans are treated to a sound that was closer to the ’70s, ’80s era, a sound that not many bands today can capture.

Their first single, “Angel”, went into the Great Eastern Rock compilation Vol. II, and was their first known original composition. Building on that sound, GATC started recording singles in 2009. The band gained a lot of attention and fans, and immediately started participating in rock festivals that led to many headlining acts.

The track “Golden Crown” written for the Sikkim Football Association, feeding into the football craze in their hometown became a part of their playlist, much to the delight of football fans. While they were already performing “I Wanna Get That Lovin’ Again” and “Ride to Hell” at gigs, these tracks were not recorded for a very long time.

In mid-2010, their single “Yesteryears” was nominated and awarded a Silver Trophy, at the Suncane Skale Festival, Montenegro, Europe. This gave the band’s publicity a boost and triggered public awareness.

After performing across the northern half the country in 2010, GATC ventured into the southern part with a promotional tour, a month-long tour in September, 2011, in Bengaluru, the metal/rock capital of India.

“Loaded”, “Ride to Hell” and “I Wanna Get That Lovin’ Again” were recorded. A week later, on hearing about an earthquake in their hometown that claimed a lot of lives, “A New Beginning” was recorded, bringing the number of songs recorded to five. While the other songs were released, “Loaded”, “I Wanna Get That Lovin’ Again” and “A New Beginning” were still unreleased.

In 2011, Girish Pradhan ventured into Hong Kong and South Korea (With Silver Tears, Yamaha Asian Beats 2011), in search for the band’s next adventure. Playing initially as a solo artist for a few months by signing up with a few venues, Girish brought the rest of the band to Hong Kong for an unforgettable and extremely liberating year-long stay. Girish, however, occasionally came back to India for specific solo performances. 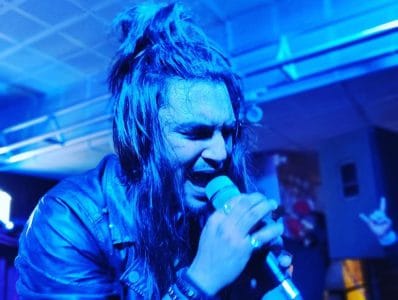 On leaving Hong Kong, Girish came back to India at the end 2012 to perform solo at the Punjab Engineering College (PEC) Fest, Chandigarh. A month later, after a vacation, the rest of the band decided to return to India, and GATC started recording again. They kickstarted their return with a concert in the city of Siliguri, near to their hometown, Gangtok.

A three-month recording and re-mastering hiatus in 2013 meant that the band didn’t perform too many gigs, providing GATC the much needed time for creative rejuvenation. The result was the release of the album “Back On Earth” in 2014, under the Universal Music Group label, fourteen tracks that took their fans on a trip into the era of the best of rock.

‘Back On Earth‘ gained traction with CD sales and online sales soaring quickly. The album is available on most major online retailers. This was followed by a Hard Rock Cafe tour to release ‘Back On Earth‘ in all the major rock hubs in India such as Mumbai, New Delhi, Pune, Hyderabad and Bangalore.

After touring Vietnam and Thailand and rocking them as official representatives of the finest rock bands from India, GATC also performed at the the Northeast East Festival 2014, at Delhi, the Panaliar Fete and the Ahaia Peace Concert in Meghalaya.

In 2015, GATC has played at the Sastricas Fest at NITS Mirza in Assam, and at the Songs and Dances of the North East Festival at Delhi. They’ve played at the Mighty Rock Union hosted by Grooveshack, along with several other well-known artists and also done several charity shows to help rebuild Nepal.

So far, GATC has done a tribute to AC/DC, Eagles, Led Zeppelin, and Guns N’ Roses. Girish Pradhan has also been featured in a tribute to Judas Priest and Iron Maiden along with Kryptos.

Girish And the Chronicles are:

Girish and The Chronicles‘ “Rock The Highway” video: