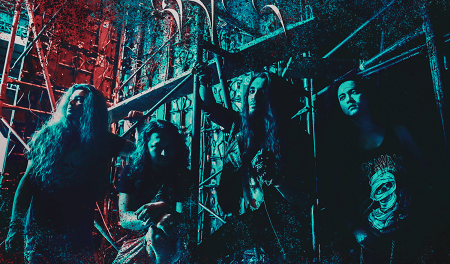 India based rockers Girish and The Chronicles consisting of frontman Girish Pradhan, lead guitarist Suraz Sun, bassist Yogesh Pradhan and drummer Nagen Mongrati (along with session musician / keyboardist Krishh Dutta) have released a video for their new single “Every Night Like Tonight” from their sophomore album Rock The Highway, which has been available via Lion Pride Music since April 27, 2020. 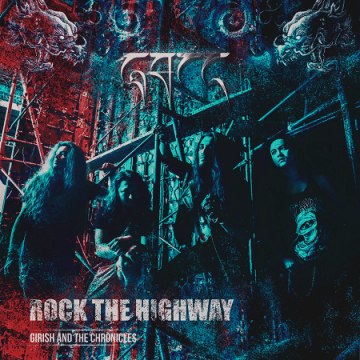 In an interview with Sleaze Roxx earlier this month, Girish and The Chronicles frontman Girish Pradhan explained behind the idea for the cover of the album Rock The Highway: “We were sure from the beginning that we wanted the band to be seen on the cover this time. While designing, we realised that it would be cool to introduce bits of stuff that represented the place we grew up in, the state of Sikkim. The font, the dragon heads are all a part of it, beautifully illustrated by our friend, Yangdol Namgyal.”

In regard to why the band members wanted to be on the front cover, Pradhan indicated: “I’m not really sure actually. We just wanted to be on the cover this time I guess and we all agreed to it. Whatever fan base that we have recognizes us and relates us with the rock n’ roll side of the scene out here. We’re almost like the face of it out here right now. Also, our focus has always been more on performing live and touring, so a picture of the band on the cover felt good. We did the first album cover ourselves. We love it for what it was too.”

Girish and The Chronicles‘ “Every Night Like Tonight” video: