Indian rockers Girish and The Chronicles consisting of frontman Girish Pradhan, lead guitarist Suraz Sun, bassist Yogesh Pradhan and drummer Nagen Nags have unveiled a video for their latest single “Lovers’ Train” from their album Hail To The Heroes, which was released via Frontiers Music Srl back on February 11, 2022. 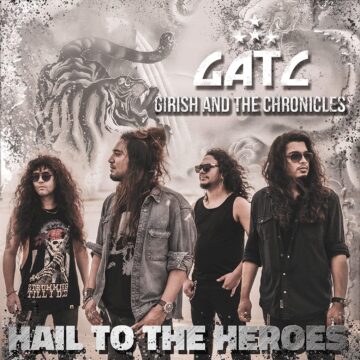 “If you haven’t heard Girish And The Chronicles yet, then watching their new video for ‘Lovers’ Train’ is as good a place as any to start! These guys are from India and cleary know their ’80s hard rock and heavy metal. Heavy, melodic, killer stuff (think ‘Slave To The Grind‘-era Skid Row). We put out their new album “Hail To The Heroes” earlier this year. We’ll put a re-record/reissue of their debut album early next year as well. And the guys are working on new music because the rock never stops!”