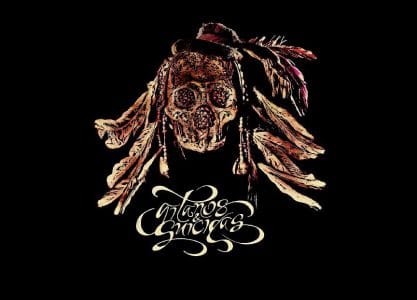 Speaking exclusively to Sleaze Roxx, Gitanos & Suicidas guitarist Vikingo advised how the band got together as he stated: “Gitanos & Suicidas are an Argentinian rock band whose style is rooted in sleaze based hard rock. We’re inspired by bands like Aerosmith, Alice Cooper, Hanoi Rocks, Dogs D’amour, the Rolling Stones and Jacobites. The band formed in Buenos Aires when guitarist/singer Manuel and I got together. Originally, both of us played in a punk band called Vedette SS in the early 2000s. We toured as an acoustic duo in the beginning,

The underground fanzines called us the “South American Suicide Twins.” In 2014, we released our debut album featuring songs like “Todo Me Da Igual,” “Rock N Roll Es Venganza” and a video single “Hacia Ningun Lugar.”. The record style consisted of sleaze hard rock and acoustic ballads. In 2017, we released Caos, Stilettos y Mentiras, which means Chaos, Stilettos and Lies in English, and is a dark, edgy concept EP. We are actually rehearsing for upcoming shows and a summer tour in Argentina.”

Sleaze Roxx noted to Vikingo that most bands looking to break out in the international market sing lyrics in English. Vikingo noted: “It’s a natural idea because all the bands we heard, they sang in English. So, it s natural. altough is fun to write songs in our language, because we can express ourselves with more freedom.” 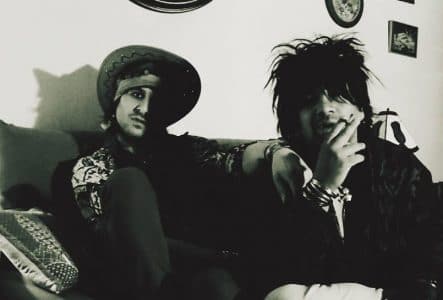 In terms of the new EP, Vikingo stated: “Our new EP is a voodoo concept one. We put nasty riffs and dirty lyrics. The idea was to get closer to obscure records like Aerosmith‘s Rocks [1976] and especially Rock In A Hard Place [1982]. We are proud with the final results.”