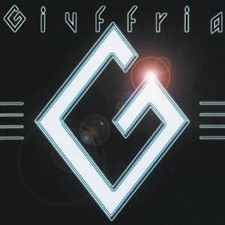 Giuffria Albums To Be Reissued In September

Giuffria was an American rock band that was formed in 1982 by Gregg Giuffria after his departure from the band Angel, a glam rock/heavy metal band from Washington, D.C. Angel achieved some moderate success throughout the following years, releasing five albums. In 1981 the group disbanded and Gregg decided to form a project of his own, calling it simply Giuffria. The first line-up was gathered in 1982 and introduced Gregg Giuffria on keyboards, Craig Goldy on guitars, Chuck Wright on bass, David Glen Eisley on vocals and Alan Krigger on drums. The band managed to get a contract with MCA Records in 1984 and soon released their self-titled debut album… “Giuffria” brought eleven brilliant tracks bordering on hard rock and metal, packed with stellar keyboard melodies. The LP reached #26 on the album charts, spawning two hit singles — “Call to Your Heart” and “Lonely In Love”. Thanks to their increasing popularity, the band was chosen to support the legendary Deep Purple on their 1984 reformation US tour. In June 1985 the band went on to perform a couple of shows in Japan, which resulted in releasing a live VHS tape entitled “Giuffria Japan Tour ’85”.Before releasing their second opus, Giuffria went through some line-up changes — Goldy left to join Dio, while Wright returned to his former band — Quiet Riot. The new members were Lanny Cordola on guitar and David Sikes on bass. In 1986 the reformed band released “Silk and Steel”, delivering ten amazing songs filled with hard rock passion. Again, two singles were released — “I Must Be Dreaming” (a Willy DeVille cover) and “Love You Forever”. In 1987 Giuffria started working on a third album but by 1988 the recordings were put on hold after MCA dropped the band from their roster. “Giuffria III” was eventually never released, however nine tracks from those sessions were included on David Glen Eisley’s album “Lost Tapes”. Giuffria disbanded shortly after leaving MCA, Gregg managed to gather a new/old line-up after he got an offer from Kiss’s Gene Simmons, who was looking for fresh talents for his record label at that time. Simmons gave two conditions — the group would change their name to House of Lords and replace their former vocalist David Glen Eisley with James Christian. The band agreed and released their first album — called simply “House of Lords” — in 1988. This was followed by two more offerings. After that, the group called it quits. They reformed years later without Giuffria, releasing three more albums.

It is without question that Giuffria’s extraordinary talent shined the brightest in his own band. With these exclusive reissues of Giuffria’s stunning self-titled debut and brilliant follow-up “Silk and Steel”, we bring you back the legacy of a true 1980’s rock legend… Both albums will be available in new digipak editions, each limited to 2000 copies. Re-release of “Silk And Steel” includes a bonus track. The material was remastered using tube technology, digitally edited on a golden disc. The release date is set up for 6th September in Europe and 9th November in USA (via MVD).