The last day or so has seen the exchange of verbal and written salvos between Twisted Sister‘s frontman Dee Snider and KISS‘ lead vocalist and guitarist Paul Stanley. 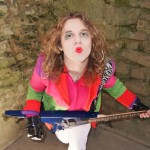 Nashville based glam metal band Lipstick‘s frontman Greg Troyan has just posted a letter to both Snider and Stanley in that regard:

A Letter to Paul Stanley and Dee Snider,

Hello gentleman. My name is Greg Troyan. I am the lead singer for a glam rock band called Lipstick. Kiss is one of my top three favorite bands of all time, but I am also a big Twisted Sister fan. Though my overall preference between the two bands is Kiss, I love and appreciate both bands, so I feel I can help mediate this as a neutral, third party.

Paul, Dee was right about the makeup of Tommy and Eric confusing fans and tricking a lot of the younger kids. Yes, you do make the point of introducing them onstage, but kids don’t realize that Tommy and Eric aren’t the original guys until you introduce them late into the set. And how do I know that?

Because I was one of those kids.

When I was 14, I went to my first concert: a Kiss concert. It was 2004, on the Rock the Nation tour, and I thought I was seeing the original lineup of Kiss. When I found out it wasn’t the original lineup, I still had a great time, but I felt a little deceived. I’m open-minded to new people joining a band, and I actually agree with the philosophy of Kiss being bigger than the original four guys and continuing together with those images, but Dee is still right: kids think they are seeing original Kiss.

Paul, what do you mean when you call somebody a “wannabe”? Does that just mean somebody in the same genre as you who isn’t as commercially succesful? Should Aerosmith call Kiss “wannabes”? Why is Dee a wannabe? Dee is a guy who’s waved the hard-rock flag bravely through his entire career, including during that infamous PMRC hearing, and he’s been consistent over the years. He’s never tried to chase trends or “sell out”. Whether he’s as successful as you or not, he’s a sincere rocker, not a wannabe.

Calling Dee is a wannabe is calling every kid in a garage band a wannabe because they aren’t succesful, or at least as succesful as you. If you can’t handle honest criticism from somebody and need to deflect, go ahead. But don’t call Dee a wannabe. He’s still out there, playing shows, keeping rock n roll alive, and if Dee can have a career of doing rock for over 30 years and be considered a wannabe, then what does that say to kids who like a more obscure bands like Starz or Hanoi Rocks? You’re insulting the tastes of those kids who love rock music, and you’re insulting the kids who want to start their own bands.

Paul, you’re a huge influence on me. You’re one of my favorite songwriters. I have every Kiss album, own both of your solo albums and will continue to be a Kiss fan after this. But I’m sorry Paul: Dee is right. As far as who the better performer is, I don’t want to get involved in that too much, because I prefer not to get into negativity and insults. I’ll just say that Paul and Dee are both great performers, but Paul should definitely be worried when it comes to a one-on-one competetion between the two of them.

Dee, keep doing what you’re doing. Ask the hard questions. Keep rock n roll alive. You’ve said time and time again that you support the young kids in bands. When Gene said “rock n roll is dead”, you said, “No, it’s underground and the kids are keeping it alive”. Thank you for giving those kids hope and support in keeping rock n roll alive. Hopefully Paul can learn a thing or two from a “wannabe” like yourself.

With Love for Both of You,
Greg Troyan” 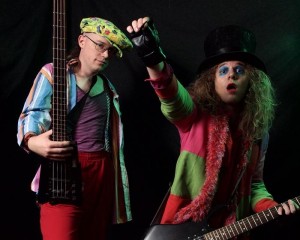 Lipstick released their self-titled debut album back in 2014 and re-released it back in 2015 with additional bonus tracks. Sleaze Roxx stated in its review of Lipstick: “Think glam metal in the style of Poison‘s Look What The Cat Dragged In with a punk edge and different vocals and you will have an idea of what Lipstick offer on their debut self-titled record. The songs on Lipstick are for the most part poppier than what I would usually listen to but they are so catchy that I found myself really enjoying them. There is a lot of variety on Lipstick from the piano filled “Merle” to the Great Big Sea sounding “Fight Club” and in that regard, it reminds me of some of Alice Cooper‘s more eclectic releases. The one common element for most of the songs are the catchy and well played guitar riffs and solos.”