Great news for fans of ’80s glam metal rock as Demon Doll Records and Metal Legacy Records are releasing a “best of” or the ultimate tracks from ’80s glam metal shock rockers Geisha in the form of an album titled Youth Stand Tall. 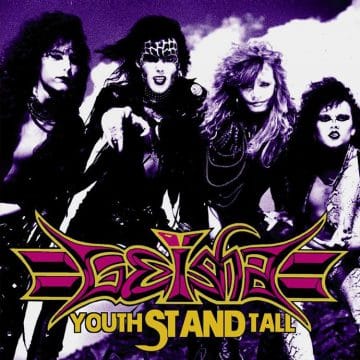 “In the mood for some serious 80’s glam metal shock rock?

Well get ready as we are all heading to “Shock Rock School”!

You wanted all the songs from “Phantasmagoria” – we got them!

You wanted the unreleased tracks form “Transform and Conform” – we got them!

Which all leads up to the ultimate Geisha release “Youth Stand Tall“, proudly released by Demon Doll and Metal Legacy Records.

Armed with the looks and hooks most bands could only dream about, these mid 80’s bad boys turned glam metal on its head with their insane mixture of KISS, Vinnie Vincent Invasion, W.A.S.P. and Alice Cooper. The simply annihilate the masses with one classic anthem after another. 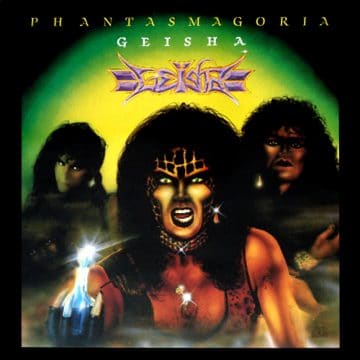 Just wait till you sink your teeth into “U Got What It Takes”, “S & M Youth” and “Claws Of Sin” – if you don’t feel a bit like you have harkened back to the days of the KISS masterpiece “Destroyer”, you might need to get your ears checked.

Ripping their way through Europe and parading a legendary group of musicians through the band that would later wind up with titan artists such as Hammerfall, Mötorhead, Scorpions and Europe – it’s tough to not be excited and just scream out – they are a glam metal fantasy gone wild.

We don’t need to do much more talking on this release as the music stands all on its own. We will say this though, do yourself a favor and grab your copy of this unbelievable find today – bands like this did not come around very often and we are thrilled that we finally get to unleash their madness onto the world!

The CD is digitally remastered and comes packaged in an eight page booklet with a full set of lyrics along with a 1,500 word biography penned from Geisha lead man himself – Yenz. 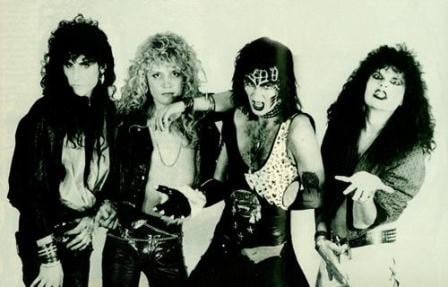 Geisha‘s “U Got What It Takes” video:

Geisha – U Got What It Takes (Official Video)

https://www.demondollrecords.com/products/geisha-youth-stand-tall The official video release from GEISHA “U Got What It Takes” from the album ‘Youth Stand Ta…