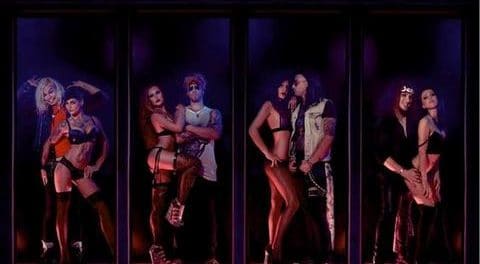 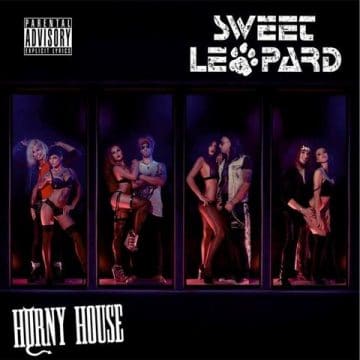 “Sweet Leopard is an European band formed in Ostrava Czech Republic in 2011. The group was founded by guitarist Michael Kit and drummer DogFox Pedro, who were later joined by bassist J.C. Smith, and vocalist Sany Angelo. The band plays glam rock 80‘ like Mötley Crüe, W.A.S.P., KISS or Poison. Their first EP was recorded in the year 2013 under the name Wild Ride Hot Night (2013). A year later, the band recorded its debut album Shock Me! Thrill Me! Love Me! (2014), released in the USA in Los Angeles under the label Demon Doll Records. On November 26, 2016, the band recorded a new album Horny House, which was released under the label Demon Doll Records.”

Sweet Leopard‘s “Story” on their Facebook page states in part: “It took years and years before four different characters with same passion for hot chicks, fast bikes and booze met on one place and chemistry did its magic. Hailing from the heart of Europe – Czech Republic they are wild, young and restless. You can feel this attitude in their music so hard. Call it whatever you want: hard rock, glam rock, cock rock… it is based on revival of 80’s Sunset Strip shiny rock scene. Sweet Leopard join new born sleaze rock invasion and they are ready to break all the mainstream rules. Their music tastes sweet as sugar but attacks your soul fast as leopard.”