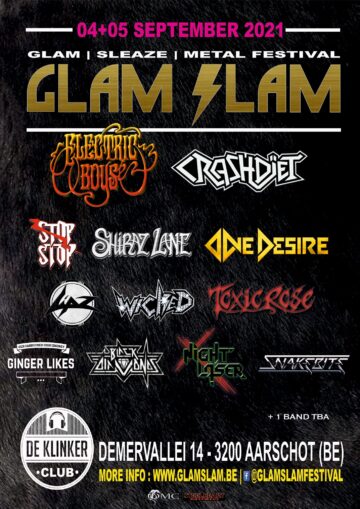 “IN ROCK WE TRUST!

With a tough year, like it has been 2020, basically behind us, we never lost the passion and the will to put together great live events.

So, after much talking and a great feedback from the fans, we’ve decided to bring the already announced “Glam Slam Fest” to another level, adding a second day (September 5) and a bunch of great bands.

And to announce the new bill in a special day like today.

So here we go.

DMC Group and Steelheart Music are happy and proud to announce the following bands to play the additional day at the “Glam Slam Fest”: