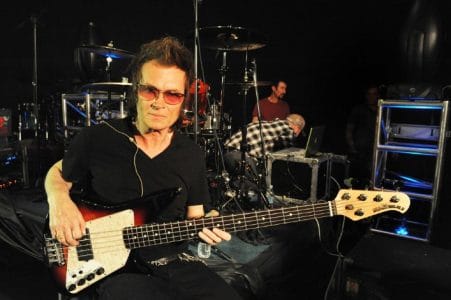 Singer/bassist Glenn Hughes was inducted into the Rock & Roll Hall of Fame in the spring of 2016 for his contributions with Deep Purple [Mach III and IV] for the recordings Burn, Stormbringer and Come Taste The Band. Hughes also recently announced that the supergroup Black Country Communion will rise again and will record new music in 2017. In the meantime, Hughes is promoting his latest solo effort Resonate, which was released via Frontiers Records and which is his first solo album since 2008.

Glenn Hughes laughs as he tells Sleaze Roxx‘s long-time contributor Ruben Mosqueda: “I think I should have done this [record] a while ago but I was busy touring with California Breed and some solo shows and before you know it; it’s been 8 years!” Currently, there aren’t any North American dates planned to promote Resonate but that might or might not change as Hughes is slated to head into the studio with Black Country Communion which includes guitarist Joe Bonamassa, keyboardist Derek Sherinian, drummer Jason Bonham and Hughes on bass and vocals. 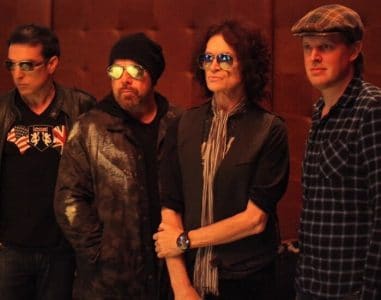 “We are getting back together in January [2017] to record in L.A. with our dear friend Kevin Shirley once again handling the production of the album. He’s [Kevin Shirley] is the fifth member of the band. We couldn’t do this without him,” says an ecstatic Hughes. He goes on to say, “We [Black Country Communion] work really quick. We could have the album done within two weeks. That’s our goal. I do my vocals in one take. I’ve found that that the first take more often than not is my best performance.”

This reminded Mosqueda of his 2012 interview with John Corabi when he was asked about Hughes‘ contribution to “Misunderstood” on the self-titled Mötley Crüe album. Corabi recalls the recording session “When we did the record, we recorded it in Vancouver and we were doing overdubs and mixing it in LA. Glenn found out that we were at A&M Studios and he decided to come by the studio. Bob Rock is also a huge Deep Purple fan and we’re all sitting around bullshitting when Bob said, ‘Would you guys be cool if we had Glenn do some vocals?’ I said, ‘Yeah that would be awesome! I’d love that!’ It just so happened that the reels were up and that was the song that was on at the time because Bob had been working on that particular song. Bob 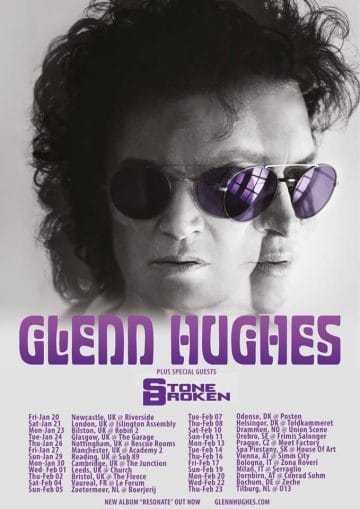 said, ‘Hey Glenn, would you like to do some vocals?’ Glenn said, ‘Yeah man, sure.’ Bob said, ‘Well how about this one?’ Glenn said, ‘Yeah great.’ I swear to God dude, if you know anything about recording at all — we were standing in the control room. Glenn went into the next room, the engineer set up a pair of headphones for him and a microphone, and he begins to test his vocals. Glenn said, ‘Alright, run it down one time. Let me hear it.’ So they play the song for him one time top to bottom and he’s sitting there with his eyes closed listening to the song. Glenn said, ‘Okay cool man, that’s great. I got it, awesome. Roll tape.’ He went through the song ONE TIME! What you hear on the record is what he came up with off the top of his head!”

“That sounds about right!,” says the singer as he bursts into laughter. “I was living in LA and they happened to be in LA recording overdubs for the record. Nikki [Sixx] who I’d been a friend of for years had invited me down to visit them in the studio. I was really impressed with John’s singing. It was so different from what Nikki and Mötley had done before, you know?” Hughes went on to say “See that’s what I’m talking about. Your first take is usually the best — you don’t have to overthink things.”

In November 2016, Hughes announced that he was canceling his co-headlining tour with Living Colour who were double booked on the co-headlining tour with Hughes and a tour opening for Alter Bridge. Naturally, Hughes was upset. “I will be heading to Europe in January following the recording of the [BCC] album to make up some dates that were postponed last fall. I’m slightly embarrassed by the whole thing [previously scheduled tour w/ Living Colour]. I shouldn’t have gotten involved with that. You live and learn in life. This is no different. I’m looking forward to playing live for the fans” Hughes tells Sleaze Roxx. We will keep you posted on additional info on Black Country Communion and Hughes’ solo activity as it becomes available.

Subscribe To Be Alerted When We Add New Videos – http://radi.al/SubscribeFrontiersFrom the album RESONATE. Get your copy NOW: http://radi.al/Resonate Amazon:…