Tipton was asked about Judas Priest‘s upcoming new studio album to which he replied: 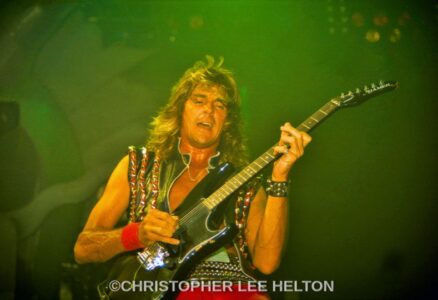 “We’re fortunate — or unfortunate, whichever way you want to look at it — that we’ve created a niche for ourself, and I think the fans would be disappointed if we strayed too far away from it. But we’ve always wanted to try and go down new paths. So really, it’s a bit experimental. There will be some tracks on there that people will either like or … I wouldn’t say “hate,” but they might not be their favorite tracks. We haven’t finished it yet. We did some before the pandemic, then that put a halt to that, and then we’ve continued — and will continue — since. But it’s very strong, very good material. I think that all in all, the kids are really going to like it.”

In terms of Judas Priest‘s new box set 50 Years of Heavy Metal Music, Tipton indicated 9(with slight edits): “It’s a box set containing 42 CDs, studio and live releases — including Jugulator and Demolition [the two Priest albums that featured Ripper Owens on vocals]. And then there’s some very early stuff never seen before – Live at the Mudd Club, Live in Denver, Live in London, Live in Atlanta, Live in Houston, Live in New Haven, and on and on. For the real specialists and collectors, there’s some really good stuff there that’s really interesting. When you do something like a 42-disc box release, it’s fascinating to listen back to it, because it’s just as strong as it ever was. Some of the songs we wrote 50 years ago plus … it’s just amazing to listen to, because it’s not dated at all. That comes from the songwriting, but it also comes from being around a long time, gaining experience, and albums that will remain suspended in time. It’s definitely a very interesting exercise to listen to it — what we’ve produced and written over the years.”

You can read the rest of the interview with Glenn Tipton at Consequence Heavy‘s website.