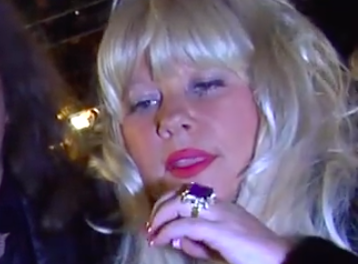 Sleaze Roxx has encountered quite a few GoFundMe campaigns in recent years with some more worthy than others including recent ones such as to assist former Ratt (Bobby Blotzer‘s version) frontman Josh Alan with medical bills, to assist a music fan who invested $30,000 in the band Love N Revenge, and to assist Black ‘N Blue and Ratt drummer Pete Holmes with the burial expenses for his deceased wife Annette. 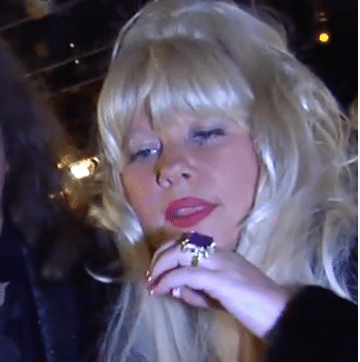 My name is Rachael Gordon and I’m a musician. If you follow music news you might know that for the last 12 years I have been in a 24/7, inseparable relationship with guitarist Ace Frehley of KISS. I was his fiancé and full-time companion. That relationship ended with Ace abruptly and abusively abandoning me out of our home and out of his life. Ace has always been a very controlling man to me and in general. Over the course of 12 years, I allowed him to slowly take control of every aspect of my life.

Those of you who have been in this kind of abusive relationship know that when you love that kind of person you have been taught to be a little afraid of them too. They will wear you down and prey on your weaknesses to their advantage until it’s easier to give in and without realizing it, you are left without your own career, your own money and your own life is put on hold. You end up living your life to support their dreams. Their life eats yours.

The entertainment industry has a dark side that protects powerful abusers like Ace, so when he kicked me to the curb, so to speak, I was left with no money of my own and no immediate needs of supporting myself. I also feared for my life.

It’s going to take some time for me to put my life back together, a task not made easier by the shadow of Ace’s legal team and their attempts to bully me into silence. I have a few promising options. I’m writing a book. The first book I wrote in 2016, Ace threw in the trash when he relapsed in 2018, and left me in our home for 2 months.  I managed to finally record my second album which was very fulfilling because since I’ve been with Ace I have not been allowed to do any kind of singing or writing music, apart from doing it for him.

I am an artist in every sense of the term. I need to be able to write this next book and finish my new album, “Paperdoll” which I’m proud to share with the world. However, getting back on track with my aspirations and my album, it is very difficult at this time because I have an empty refrigerator, Ace has left me with his debts and bills, and this has made it impossible for me to have a bank account. When I placed a restraining order on him, he then told me, “From now on, your life is going to become very, very difficult.” And I see now that that is what he is doing as I’m still under the control of his narcissistic abuse.

One of the most painful things about being in this kind of controlling relationship is the reality of that when Ace made me disappear, all of the people in his entourage who have protected me, traveled with us all around the world for 12 years and told me I was like family are instantly out of my life as if I never existed. As humiliating as this feels to me at this time, this gofundme is my only option to address this and I have been assured that I have a supportive community out there that understands my situation and that there are people who would be willing to lend a hand financially while slowly trying to get out of this frightening and controlling situation.

My immediate concern is help to get out of the debts Ace has left me with so I can live, eat and not be evicted so I can continue on with the artist I am and need to be. I’d like to tell the story of what happened to me in my book, in the hopes that it doesn’t keep happening to other women in similar situations with these powerful men in the entertainment industry. It is a terrorizing, degrading and very unspoken reality.”