Investing in the music business can be a risky proposition. A GoFundMe campaign has been started on behalf of music fan Jim Turney who has been unable to recoup the $30,000 that he apparently invested in the band Love N Revenge at the request of the band’s frontman Damon Kelly.

Love N Revenge were on tour during August 2019 including as direct support for the BulletBoys for a number of dates throughout the USA. Sleaze Roxx caught the BulletBoys, Love N Revenge and American Jetset‘s tour stop at the Tally Ho Theater in Leesburg, Virginia, USA on August 16, 2019. 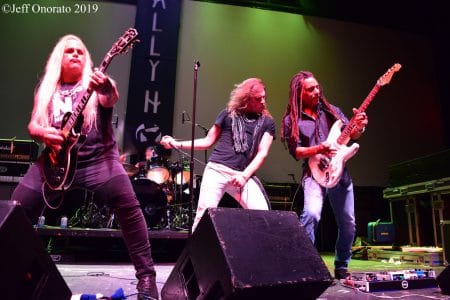 “Here’s a story with ironies, horror, and laughter. (Sometimes you gotta give it to God, so here I go.) Also, I’m on here begging for money from bands and musicians, not dad’s and mom’s trying to make ends meet with Christmas coming in a couple of weeks. None the less, this is worth the read.

Jim Turney is a kind soul with a generous and gentle heart. Jim has undergone a very painful few months in being on scene of his son’s tragic suicide and getting scammed out of $30,000 by a band he loved. I cannot do anything about his beautiful son’s death, but I can sure as heck create this Go Fund Me. My goal here is to implore some of the thousands of musicians Jim has supported over the years to give back to him. There’s not a band alive today that my husband hasn’t seen and that he doesn’t own a copy of their music. Such a bummer that Jim ends up getting ripped off by a musician.

Jim is the unsung hero of many. Jim has honorably and humbly served our community as a Chicago Police Officer for the past twenty-four years. Jim has a master’s degree in Financial Fraud Management which is part of the irony of this story. Jim looooooves loves music. He has friends from all over the world who meet up at out of state music fests, go on rock cruises together, and see bands locally. Everyone who knows Jim will tell you he is at a concert AT LEAST once a week. 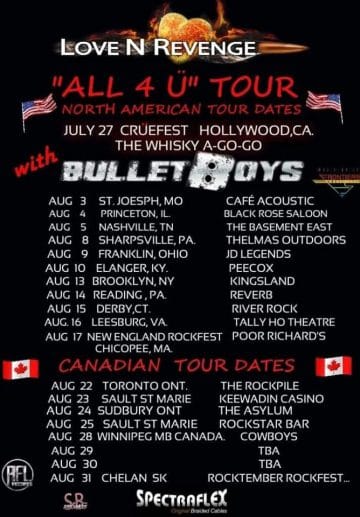 Let me tell you why I feel so bad. Watching a man who has worked three jobs to try to save money lose $30,000 is bad enough. The embarrassment of what happened was worth keeping this to ourselves. Then came September 11 of this year. It was a beautiful night and I was taking a bath when my husband rushed into the bathroom to tell me that my stepson just left our house to go look for his twin brother who had left a suicide note at his mom’s apartment. Less than 20 minutes later, my stepson called my husband to come to the cemetery as my stepson had found his twin. I’m going to stop here with this part of the story because it gets terribly sad, outrageous, and graphic with pieces of heroism and love.

*SIDE NOTE:  If there are ANY Chicago Police Officers, Firefighters, or Paramedics reading this, I want to thank you so much for all you did for our family at the scene, thereafter, and to this day. It’s really something else being on the other side of 911 calls. God bless you ALL.

So, Jim is working on healing with a therapist and spending lots of time with his living twin son. The whole point of why I came forward with this story is because Damon Kelly KNOWS Jim lost his son. He said he’s sorry for our loss. I realized that if Damon Kelly (Tanchak) can steal from a grieving father, he will steal from anybody.

That’s when I posted a warning about Damon Kelly‘s crime in a closed music Facebook group called Melodic Mafia. The group members treated me kindly and a few Melodic Mafia members messaged me on Facebook that they have been scammed by Damon Kelly (Tanchak), too. I messaged singer/songwriter Stevie Rachelle at Metal Sludge who took on the story and did some great investigative journalism into Damon Kelly‘s (Tanchak) financial crimes. Since Metal Sludge released their article, people have been coming out of the woodwork with similar stories. Some of them are heartbreaking. I will post a list of victims here and the amount they allege Damon Kelly (Tanchak) stole from them if they give me permission.

Today, December 18, a victim granted me permission to put his info on this campaign and is as follows:

My goal here is to get ALL of the victims made whole, not just my husband. I hope successful bands help us out here. God knows when a police officer screws up, they all pay the price.

Thanks for reading, everyone. Wishing you all God‘s love and grace.