Göran Edman recalls Yngwie J. Malmsteen saying to band members they were like “cattle on a bus” 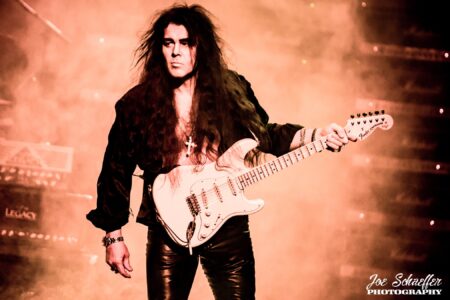 On his time with Malmsteen, Edman indicated (as transcribed by the 80’s Glam Metalcast podcast with slight edits): “There were ups and downs. I’m glad I did it. To be on those two albums, it’s still getting me work today. As a person, he was kind of tricky. He could be very nice and also be an asshole. The first tour and doing Eclipse was very nice, Fire And Ice was hell. I didn’t have the inspiration anymore. He just wanted to be in complete control. During the recording of Eclipse, he was sloppy. He was never present. He was out drinking and partying. Yngwie would show up to the studio late and we would be all done. The engineer helped out a lot with the producing.

In the end, Yngwie thought it had too many harmonies and was overproduced. That’s why Fire And Ice is more raw and live sounding. He tried to be more present then and control the situation. I helped a lot on that one with the melodies and the lyrics. I think I had 12 songwriting credits on there. I had to sue him to get the money. It took like three years for them to pay me. I have gotten over the bad vibes of the past, but I don’t think he would ever call me. His empire is controlled by him and his wife and he distances himself from the rest of his band. He used to say we were like cattle on a bus, and no one would ever notice if we quit the band. Everyone just focuses on him and his guitar playing. He just wanted us to do what we were supposed to do and shut up! He is an exceptional guitar player, but he has such an ego and he’s difficult to work with.”

Interview with Göran Edman by Metal Mike for the 80’s Glam Metalcast podcast:

Yngwie J. Malmsteen‘s “Save Our Love” video (from Eclipse album):