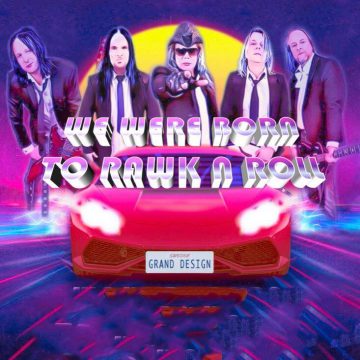 Grand Design‘s “Biography” on their Facebook page indicates the following about the band’s beginnings (with slight edits):

“Grand Design was formed in 2006 by vocalist/producer Pelle Saether, and the band’s first album “Time Elevation” was release by AOR Heaven in October 2009. The album featured a guest spot from guitarists Janne Stark. The release gained massive success and was awarded ‘best album’ and ‘best song’ by BeRockRadio and received numerous top 10 positions for “best album 2009”. Several concerts, including the prestigious FireFest in Nottingham, UK proved that Grand Design also deliver live.

Two years later, it was time for Grand Design’s second album – “Idolizer”. Pelle says: “We knew we had found a formula to make an 80’s rock record work in the 21st century – so why change it?” With new anthems like “Get On With Action”, “OughtoGraph” and “Your Love’s A Runaway”, “Idolizer” followed up the fans expectations. Grand Design again proved that the songs and sound of 80’s rock belong in your players and on the big stages.”

Grand Design‘s “We Were Born To Rawk N Roll” video: