Swedish melodic rockers, Grand Slam, have released a teaser video in advance of their new album, A New Dawn, which will be released on January 29, 2016.

Sleaze Roxx stated the following in its review of Grand Slam‘s previous EP Waiting For Tomorrow: “Considering there are only three songs, Waiting For Tomorrow goes from good to bad fairly quickly. The best song by far is the opening “Get High”, which kicks off with a short but captivating guitar solo. Andy Sinner‘s vocals are pretty much isolated for the first verse before the catchy chorus kicks in. The song continues to build as the chorus of, “C’mon, get high”, gets further embedded into your psyche through several different forms — from Sinner himself to chanting background vocals piping it out. Overall it works quite well, and you will have a hard time not singing the chorus long after the song has ended.” 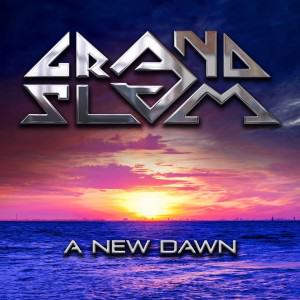 A New Dawn includes the three tracks that can be found on the band’s prior EP Waiting For Tomorrow.