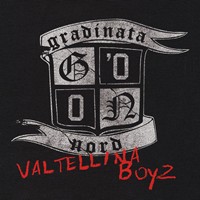 Grandinata Nord, the band you thought you would never see again is back after eight years since its first album with ‘Valtellina Boyz’.

A preview is available on the band’s Myspace page – www.myspace.com/gradinatanordoi.