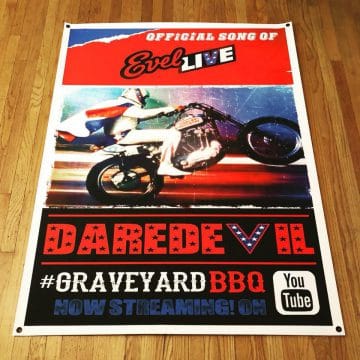 “…I create, craft, perform, and co-produce all Graveyard BBQ songs and dirtcore “recipes.” The band was originally formed in 2003 in my hometown of Waltham, Massachusetts [outside of Boston] and was actively playing shows and touring as a full band all the way up ’til 2010 when there was a bit of a disconnect and “hiatus.” At that point… I decided to move on, relocate to L.A, and continue on as a one-man band to keep carrying the torch… Rest assured…. A new Graveyard BBQ “full band” touring line-up will be announced soon!”