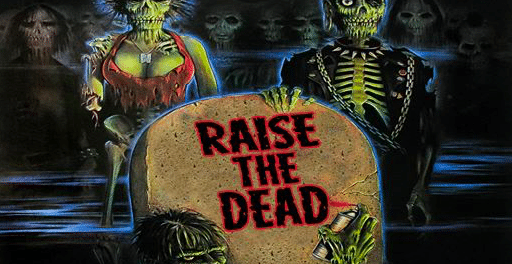 Graveyard BBQ have released a song titled “Raise The Dead” a few weeks before Halloween and to coincide with its one man band Brownbag Johnson’s newly launched catering company. 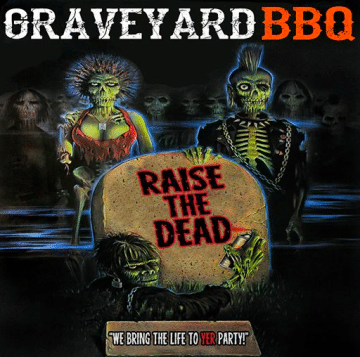 Back in July 2016, Sleaze Roxx interviewed Graveyard BBQ‘s one man show, Brownbag Johnson, who was asked if the group’s sound has evolved since 2000.

Johnson replied: “Although I did sing on a lot of the ‘Vol. 2′ stuff, there was a different lead singer [Scott Campbell a.k.a “Howlin’ Jack”] as well as a different producer/recording engineer. Those guys were great for Graveyard BBQ at that time but, like anything… once you remove an ingredient or two from a recipe, yer gonna have a lil’ bit of a different taste and chemistry. Right now, I sing and play guitar, as well as record everything myself in the studio on this EP series, and will continue to do so in the future. And, my new co-producer / recording engineer / mix master known as “The Wizzzzzzz” Chris Collier has been a huge difference maker in the overall production and sonics of these new albums. I absolutely love it, and I’m grateful to have him in my corner.

But, regardless of member and producer changes, I would like to think that there’s certainly been a great evolution and continuity in the dirt core sound from the beginning of the band’s inception ’til now… with the one constant being me. It’s been a D.I.Y operation since day one. I created the band, have written all the songs and lyrics, do all the artwork design, have produced and co-produced all albums, etc. so I’ve always been the main creative and driving force behind the whole thing. Dirtcore Records is also my label that all Graveyard BBQ albums have been released under. It is what it is. I believe my God “grill” has been telling me, “Brownbag Johnson….. yer the muthafuckin’ ‘King of Sling!’…. it’s yer time to shine boy, so go git it!!!” [laughs]”