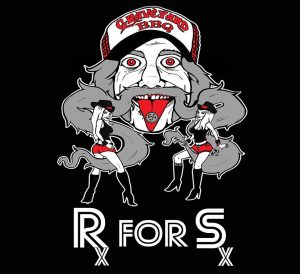 Graveyard BBQ‘s latest EP Rx For Sx was released back in early June 2016 and includes a cover of Jimi Hendrix‘s song “Fire.”

featured on the Graveyard BBQ E.P Album, “Rx for Sx” (2016)”Fire” was written by: Jimi Hendrix, copyright 1967.And, performed by: Brownbag Johnson of GRAVEYA…