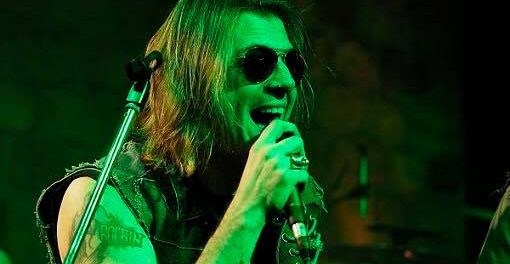 Greek hard rockers DangerAngel release video for song “Who You Are”

Greek hard rockers DangerAngel have released a video for their new song “Who You Are” from their forthcoming third album entitled All The King’s Horses, which is scheduled for release via MelodicRock Records on September 30, 2016.

DangerAngel‘s “Who You Are” video:

DangerAngel – Who You Are (Official HD Video)

“All The King’s Horses is a major step forward for the band in terms of both production and songwriting. And along with the usual high energy, in your face performance from the guys, this combination makes this an album that will put the band firmly into the minds of all hard rock fans worldwide. 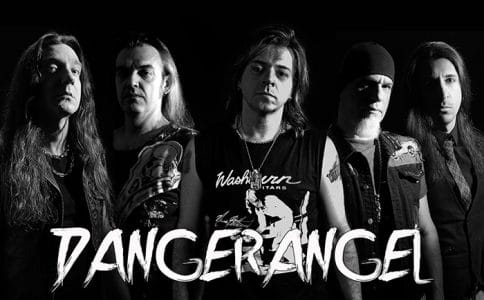 This time around, the production has been undertaken by the band, with new engineer for the mixing and mastering process. The songs are more powerful, heavier and more complex in their structure. The music has evolved, the lyrics have evolved, using the previous album as the stepping stone to the end that the band had in mind more than 4 years ago. This new album will be the defining moment for DangerAngel.

DangerAngel‘s All The King’s Horses will be released September 30 worldwide by MelodicRock Records/Cargo Distribution.

An exclusive limited Special Edition of the album will be available direct from MRR, featuring a bonus DVD that will include the band’s new videos recorded for this album plus an “Official Bootleg” Live set, recorded in Athens, May 7, 2016.

You can see a clip from that set below (but please note this is not the final audio mix):

DangerAngel is a hard/heavy rock band coming from Athens, Greece. Formed in 2006, they have released two albums titled “Danger Angel” (2010) and “Revolutia” (2013). They are one of the most prominent bands in Greece and they maintain a healthy following around the world, after their two albums have been released worldwide to wide acclaim by fans and critics alike. 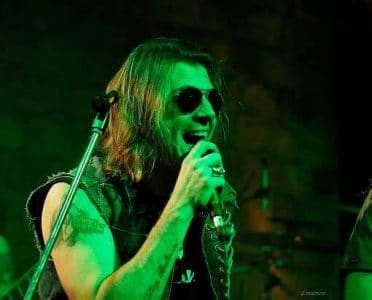 Members come from different backgrounds, Ethan Snow (guitars) and Rudy Rallis (bass) being former members of rock, hard rock and heavy metal bands like Sacrament, Vertigo and Delivers Of Rock, while AHAS (keyboards) came from a more funk-RnB oriented background, also being a founding member of the Christian rock band “The Floks”, with whom he released two albums “No Matter What” (2003) and “Ystati Katharotita (tr. Ultimate Purity)” (2009). He was also the keyboards player for the Greek pop-rock band Nekyia (Warner Music) with whom he released an album titled “I Ekdikisi Tis Siopis (tr. Revenge Of Silence)” (2009). His ex-side project “Mamacita On Fire” was a band of a more rock-RnB style. AHAS, is a certified keyboards, piano and jazz theory professor and also plays the trumpet. AHAS is also responsible for the administration, management and maintenance departments of the “Anagennisi” (tr. Renaissance) Conservatory in Athens, Greece.

Tony V. (drums) was a former member of Silver R.I.S.C. in the early nineties, with whom he released an album in 1992, titled “Anything She Does”. Tony has been a sought after session drummer ever since.

Vocalist B.J. started his career at 17, being a member of Brazilian local bands like Henceforth and Skyscraper while he recorded his first album at 18 with The Pills, making his debut appearance in the Brazilian MTV. Constant member of the Brazilian hard rock band Tempestt, he released an album titled “Bring ‘Em On” in 2008 followed by a world tour. He released his first solo album in 2013, titled “Acoustic Heroes” as a tribute to his influences. Since 2009, he is a steady member of the Jeff Scott Soto band and since 2014, he is a member of the new Jeff Scott Soto project SOTO. In 2014, he performed with Talisman as a keyboard player and back vocalist for their much anticipated reunion performance at the Sweden Rock Festival. Apart from his amazing vocal talent, BJ expertly plays guitar and keyboards.

Danger Angel and BJ introduced the new lineup in 2014 with the brand new track and video “Will You Follow.” 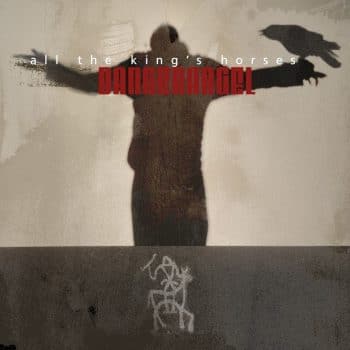 The future for DangerAngel in 2016 is already set in motion. A new, exciting singer, a new album and a new music direction.