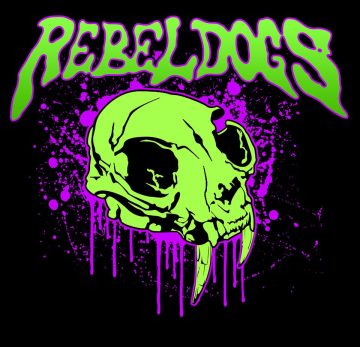 Greek power rockers Rebel Dogs have released a two-song EP entitled Jim I, which features the tracks “Buried” and “Point Of No Return.”

“Rebel Dogs first started as a hard rock act, back in 2008. With heavy in their minds but a punk attitude in their soul, they always created music that would first speak to them.

The bassist – lead singer and founder Tasos Kokliotis seeked members that would complete his one and only mission: music, music and music. After many changes in the line-up, it was in 2014 that Stavros took the role of the drummer in the band.

Then, one year later, the band evolved in what it is today, with Kyriakos as the guitarist. A power-heavy rock trio, ready to rock and roll!”

Rebel Dogs is a Heavy Rock trio, located in Athens, Greece.Band: Rebel DogsSong: Point of No ReturnAlbum: Jim I (Digital Single)Year: 2016Self Fina…