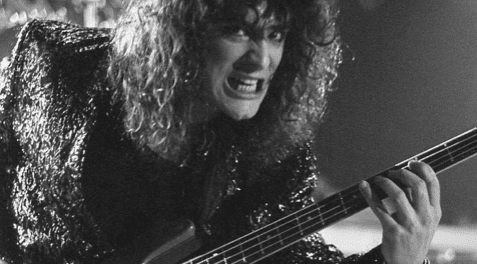 DiCecco noted that upon arriving in Los Angeles back in the early ’80s, Chaisson was one of several bassists linked to Ratt before Out of The Cellar broke. Chaisson was asked about his memories from his audition with Ratt to which he replied:

“Yeah, I auditioned for Ratt. Juan had been in the band, and he kind of quit to join Dokken. This is right when the Ratt EP was coming out, and Dokken had made a record in Europe. I think Juan played on it and so did Bobby Blotzer. So, Juan was 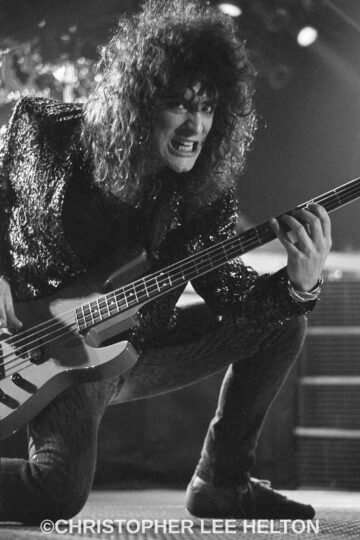 staying kind of with Dokken; he quit Ratt but he said, “If you guys get a record deal, maybe I’ll come back.” Well, Ratt was still doing shows and they had auditioned about 25 bass players. Aforementioned Bobby Marks, the drummer that I knew, he had actually come to Phoenix, and Surgical Steel opened for the band he was in and he and I developed a friendship, he called me one day and said, “Hey, here’s Robbin Crosby’s number. Ratt is looking for a bass player and they can’t find anyone they like. You should call ‘em.” So, I called up Robbin about 20 times, and finally, he returned my call, and he invited me over to his house in Manhattan Beach. I just brought my bass and we sat around, and I played. We got along really good and he liked the way I played. So, he arranged for me to go an audition for them. Lo and behold, I end up getting the gig, but the caveat was if they knew they were gonna get a deal. And if they’d gotten a deal and Juan decided to come back, then I would be out.

So, I rehearsed with them for, I don’t know, maybe half a dozen times. They didn’t have their own rehearsal space, so they would have to book a place. They were being managed by Marshall Berle at the time. When they got their funds together, they would call and say, “Hey, we’re rehearsing over here on Saturday or whatever.” They had some shows they were gonna do and they were still writing the first Ratt record. They were writing “Round and Round.” One of the songs that I auditioned was, while they were writing “Round and Round,” they said, “What would you play here?” So, I kind of just played what I would play. Blotzer and I kind of hit it off; Robbin and I already were good friends. And I got along with good with Stephen and Warren as well. But I got pneumonia, so I was really sick for about two months. Well, in the interim, they had a couple of shows, so they had to get another bass player, a guy named Joey [Christofanilli]. Really good bass player and a nice guy. Then when they got their deal with Atlantic, Juan came back and Joey ended up getting fired. So, on one hand, I’d have been pretty pissed off — especially when their first record sold $3 million copies, and I wasn’t in the band anymore — but it was a cool experience. I’m still friends with Bobby to this day. And Warren and Stephen. And I was really good friends with Robbin from the time I met him in ’82 until he passed away.

They would get pissed off at Juan all the time because Juan kind of tended to steal the show on stage — he had a bunch of unique, “Juan-specific” moves. So, they would get mad, and I would get a phone call from Bobby or Robbin saying, “Hey, we heard that Juan might be joining Ozzy. How quick can you learn our material?” And they’re on tour, so I’d hurry up and learn their material and then I’d get a phone call back saying, “Okay, he’s not gonna join Ozzy. Thanks.” And then I’d get a phone call from Bobby saying, “Hey, I’m sick of Juan. I’m tired of all his stuff. Can you learn all the songs? We’re gonna fire him. And can you be ready in like two weeks?” … “Okay, no problem.” So, I learn all the songs again … “Okay, we sorted it out. Everything’s cool now.” So, I probably learned their whole set at least three or four times.”