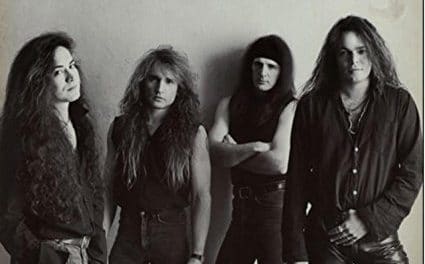 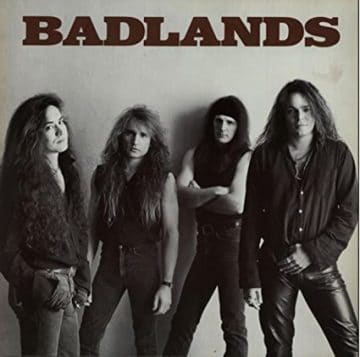 In terms of the lack of availability of Badlands‘ three albums — Badlands (1989), Voodoo Highway (1991) and Dusk (1998) — and the band’s relationship with label Atlantic Records that released the first two records, Chaisson indicated (as transcribed by the 80’s Glam Metalcast with slight edits):

“We were so against the grain with Atlantic that whatever they wanted to do, we really didn’t give a damn. We kind of just did what we wanted to. As the saying goes, you live by the sword, you die by it and I’m fine with that. On one hand I wish it would come out, but on the other hand I can live with whatever the situation is. I just think we pissed off Atlantic to a level that if it came out and sold some units, I don’t think it makes enough money for them to be worth it. I think it’s more of them being able to put a dig into us by never putting it out. Obviously, we would be able to make some money from it, but again because neither one of us, whether it’s me or Jake, obviously Ray [Gillen] is not around anymore; our reasons for doing it never had to do with the financial benefits of it. It had to do with, this is what we like and if people like it, then great. I won’t be disappointed if it comes out, I just don’t think it ever will.”

You can listen to the interview with Greg Chaisson by the 80’s Glam Metalcast podcast below:

In this episode I talk to the Bassist from Badlands and Kings of Dust – Greg Chaisson. We talk the new Kings of Dust album and hear some classic stories from…